The bag checks ended nearly a year ago, there are no longer armed security guards on campus, but at Battle Mountain High School in Edwards there is a lingering sense of unease after threats made last spring – especially on the heels of the Parkland, Florida school massacre on Feb. 14.

At Eagle Valley High School in Gypsum earlier this month there was a report of a security incident that prompted police response and concern from some parents on social media. And in neighboring Summit County, an online school threat was believed to be aimed at an out-of-state school but still prompted local police response and a community meeting.

The EVHS situation, which occurred right before mid-winter break, turned out be a false alarm, and the last official school report on the BMHS threat on May 12 of last year indicated the source had been identified and the Eagle County Sheriff’s Office was continuing to investigate. 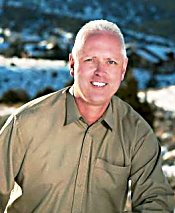 “Nothing new on last spring’s incident at BMHS,” Eagle County Sheriff James Van Beek told Real Vail in an email on Wednesday. “Our profile and approach to local school security has not changed. We continue to work closely with the schools and the school district as well as train and plan incident response to the schools, and the incident at EVHS prior to the break was not an incident at all. There was no safety issue, and the school sent information to all the parents.”

Battle Mountain High School Principal Rob Parish told Real Vail in an email on Monday that, given the recent Florida attack and ensuing national debate over gun control, school safety is front of mind for everyone.

“It certainly is a tough time for all of us with ties to schools and kids,” Parish said. “The situation from last spring has been resolved. Due to many privacy rights, we can’t share any specifics, other than we feel that issue has been put to rest, and that this specific threat is no longer an issue.”

Last spring’s incident consisted of graffiti threats of a school shooting and potential suicide on a specific date. Armed guards, mandatory bag checks and stepped up police presence marred the end of the school year and graduation. Parish says increased safety measure are still in place.

“Both school- and district-wide we have increased safety measures and procedures, as well as increased efforts at suicide ideation identification and counseling, as well as increased threat assessments,” Parish said. “We don’t currently have armed security guards on campus; however, our school resource officer is armed.”

Sheriff Van Beek on Feb. 14 penned a column for the Vail Daily on teen suicide in the wake of an Eagle County middle school student committing suicide earlier in the month. The school district is offering several sessions of the award-winning SOS Signs of Suicide Prevention program, including the first one next week at Eagle Valley High School (pdf).

About two-thirds of the annual average of around 33,000 U.S. gun deaths are suicides, and it’s typically the most lethal way to end one’s own life. That’s why many mental health experts – while pointing out people with mental health issues are more likely to be the victim of gun violence than to perpetrate it – don’t think increased mental health services and funding by itself will end the gun-violence epidemic. They also advocate for stiffer gun-control measures.

Students who survived the Feb. 14 attack at Marjory Stoneman Douglas High School in Parkland, Florida, have been engaged in a high-profile advocacy campaign to stiffen gun laws, including banning semiautomatic assault rifles like the AR-15 used to kill 17 at their school.

Their efforts have resulted in a selloff of gun-company stocks and numerous corporations pulling out of contracts with the National Rifle Association – a nonprofit strongly opposed to the vast majority of proposed gun-control, age limit and universal background check laws Congress has debated for years but failed to pass. Dick’s Sporting Goods recently announced it will stop selling assault rifles and high-capacity clips, and the national movement seems to be growing.

President Donald Trump, after initially saying he would possibly support raising the age limit to buy an assault weapon to 21 (the Parkland shooter was 19) and look at universal background checks (there were many warnings about the Parkland shooter), now appears caught up in the NRA talking points of increased school security and even arming teachers.

A 2017 Stanford University study found states with looser gun laws see a jump in violent crime, not a decrease, and the Marjory Stoneman Douglas student advocates and mass-shooting survivors clearly won’t settle for the “good guy with a gun” myth, which didn’t work at their school – where armed deputies remained outside – and didn’t work at Columbine High School.

Their cause will be taken up by several national advocacy groups with planned nationwide school walkouts and marches on March 14, March 24 in Washington, D.C., and April 20 – the 19th anniversary of what used to be the nation’s deadliest school shooting at Columbine High School in Littleton, Colorado, in 1999. Local school officials are planning for those walkouts.

“District office is working on their protocol and plan for the March 14 walkout,” Battle Mountain’s Parish said. “After we get this, BMHS will make our plan, but we have a general idea of how we will proceed. Any absence will be counted as unexcused or a walkout. Parents can call and excuse the absences if they choose to do so.”

The March 14 #ENOUGH National School Walkout is being organized by the Women’s March Youth EMPOWER movement and encourages participation by students, teachers, parents and school administrators.

Thank you to our families, students, staff, and the community at large for continuing to support our entire school community following the tragic loss of one of our former students. We are working with Stone Creek Charter School to coordinate efforts to keep the community informed and supported. A tragedy such as this impacts all of us in some way.

The updates we have received about the circumstances of this death have been heartbreaking, as we have learned that it is being investigated as a suicide. Our thoughts and sympathy are with the family and friends.

At our schools yesterday and today we provided additional resources for counseling and support services. Our sincere thanks and respect go to the Eagle Valley Middle School and Eagle County Charter Academy staffs, and to the school counselors and school psychologists who came from across the district to work directly with, and support the grief, experienced by students and staff. Maintaining one’s composure and focusing on the needs of others is especially challenging when everyone is feeling the emotional impact of such a tragic loss.

As we move forward and process in our own ways, we wanted to provide all of our families with some compiled resources which may help with the grief process and provide important information in a preventative manner.

We recognize that this is a stressful situation for many students and our staff. Counseling and support services are available through all of our schools. School-based mental health professionals and counselors are available to meet with students individually and in groups in the coming days and weeks. Please contact your school office or principal if you feel your student is in need of additional assistance. We work closely with a range of community mental health resources and organizations and will help you through any issue related to your student or family.

Social media activity has both helped and also negatively impacted our community. We ask that everyone be mindful of their behavior on social media.

Kids are online. Adults tend to not be aware of all the digital media and apps that a child is using. This is where they get and share information, ideas, and feelings. Becoming a digitally aware parent is an important role you play to understand your child’s online presence.

To learn more about the popular social media applications being used by teens, such as Snapchat and Instagram, we’ve included some reference information below to help you explore these topics.

Common Sense Media: An independent nonprofit organization dedicated to helping kids thrive in a world of media and technology.Their website contains numerous resources for parents and educators, in English and Spanish.

ConnectSafely.com: By parents, for parents: A growing collection of short, clearly written guidebooks that demystify apps, services and platforms popular with kids and teens. Guides for parents are available on this website.

We are deeply concerned about the safety and wellness of all of our students. Please learn as much as you can about the warning signs of teen suicide, where to go for help or support, and how to have open conversations with your teen about their feelings. We’ve included a number of resources below to get you started in these important, and possibly life saving, conversations.

Society for the Prevention of Teen Suicide: http://www.sptsusa.org/parents/

Where to get IMMEDIATE help:

If you or someone you know is in immediate danger call 911.

If you or someone you know is in crisis, please call any of these services:

A key resource we make available to all of our students and families is Safe2Tell – an anonymous way for students, parents, school staff and community members to report concerns regarding their safety or the safety of others. We receive reports about alcohol and drug use, suicidethreats, bullying, and general concerns at all school levels. We follow-up on each report directly.

Make a report using your smartphone by downloading the Safe2Tell Colorado mobile app from the Apple Store or Google Play.

We know that this is a distressing time and we have included a great deal of information in this message. Feel free to reach out to your school office if you have concerns about your student, their school experience, or any situation that may be of concern related to your student. We will do everything we can to help.

Thank you for your ongoing trust and support of the work that we do on behalf of all students and families in Eagle County.