Colorado has long been a breeding ground for Winter Olympians, producing medalists and contenders in virtually every sport. But credit Jake Burton with fighting for the mainstream acceptance that led to the United States claiming nearly a third of all the medals ever awarded in Olympic snowboarding since 1998.

The founder and CEO of Burton Snowboards attended the University of Colorado for a few years before founding a shop, building his own boards by hand and taking part in the first ever snowboard competition in 1981 at Ski Cooper, near Leadville. 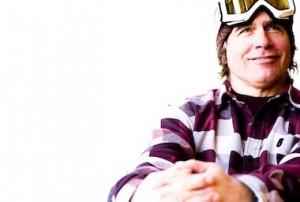 Burton lobbied the ski industry throughout the ’80s to allow snowboarding on ski mountains, helping to convince Breckenridge to break the barrier in the mid-’80s and ultimately launching the massive wave of popularity in the ’90s that led to the International Olympic Committee accepting snowboarding at the 1998 Winter Olympics in Nagano, Japan.

“As far as Colorado goes, the state has a long history of hosting snowboard events,” said Burton, who’s been riding at Vail for two decades. “If you look back as early as 1981, there was the King of the Mountain competition at Ski Cooper, near Leadville. And in the mid-’80s, the World Snowboarding Championships took place in Colorado. So the sport has deep roots in Colorado.”

Those roots have grown into a massive snowboard oak, with branches of the sport now spreading from Breckenridge — site this week’s Olympic-qualifying and World Cup Grand Prix event relocated from Northstar — to Aspen, home of 2006 halfpipe silver medalist Gretchen Bleiler and 2002 parallel giant slalom bronze medalist Chris Klug. And, of course, there’s the Winter X Games.

Now Burton, a Vermont native, has moved the U.S. Snowboarding Open to Vail after 30 years at his home mountain of Stratton.

“Progression is a huge part of snowboarding and Burton,” said Burton, a 2010 inductee into the Colorado Ski & Snowboard Museum Hall of Fame. “Just think if we hadn’t pushed to progress product development or convinced resorts to accept snowboarding; we’d all still be riding Backhills with Sorel boots on golf courses.”

Olympic snowboarding has progressed from giant slalom and halfpipe at Nagano to parellel giant slalom, parallel slalom, halfpipe, snowboard cross and slopestyle at Sochi, Russia, in 2014. Slopestyle and halfpipe riders have been vying for Olympic berths this weekend at Copper — the first of four Grand Prix qualifying events.

“The Olympics are No. 1,” said Clark, a Vermont native and Burton-sponsored rider well on her way to qualifying for her fourth Olympics. “There are three events as a professional snowboarder that if you win you can call yourself pretty established as a professional, and those are, in order, the Olympics, the X Games and the U.S. Open.”

Now Steamboat siblings Arielle and Taylor Gold — fourth and third, respectively, at last month’s Olympic-qualifying Dew Tour event at Breckenridge — are well on their way to following in Dunn-Downing’s footsteps and adding to Steamboat’s incredible legacy of nearly 80 Olympians.

Arielle Gold is a Burton rider and an X Games gold medalist, and Taylor Gold was on an all-American podium at Breck that included Californians Greg Bretz and Shaun White — the two-time defending Olympic halfpipe gold medalist who lost a head-to-head final at Breck for the first in four years of competition.

White, a Burton and Vail Resorts rider, is the only American going for Olympic gold in both halfpipe and slopesstyle, although his ankle has been giving him problems so far this season. Gold was just happy to be in such illustrious company.

“I’m frickin’ stoked for myself and for the rookie team overall,” Gold said. “I’m stoked that the rookies can represent. I’m really stoked for the entire U.S. team. Nobody is really expecting a whole lot from me, so I can focus on my riding and not on the pressure.”

American men have won eight of the 12 Olympic halfpipe medals ever awarded, including the last three gold medals, and Americans in general have won 19 of the 60 Olympic snowboarding medals awarded since 98. And they can all trace their success, to one degree or another, to the pioneering efforts of Jake Burton.