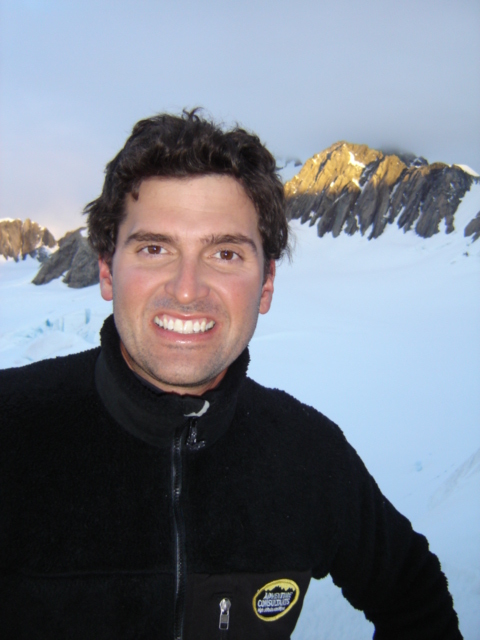 Eagle Town Board member Luis Benitez will be leaving the Vail Valley in the next couple of months to take a job as director of the newly created Colorado Outdoor Recreation Industry Office (ORIO).

The ORIO will be under the umbrella of the Colorado Office of Economic Development and International Trade (OEDIT), where Benitez, who currently works for Vail Resorts, will join former VR head counsel Fiona Arnold, who was named executive director of OEDIT in November of 2014.

Benitez’s new job begins July 1 but he’ll move down to Denver slowly, he says, in order to make the transition as seamless as possible for the town of Eagle, where discussions have already begun on how best to replace the council member elected in the spring of 2014.

“The mayor and I have been talking about what that’s going to look like,” Benitez said. “You can do either a special election or appointment. There’s a lot of really great people in town, so we’re going to decide as a board what we’re going to do in the next couple weeks. It’s kind of bittersweet to have to leave, but I know it’s in good hands.”

Here’s a story on Benitez that first appeared last week in the Colorado Statesman:

Luis Benitez has encountered all sorts of hardships as an elite mountaineer who’s scaled the highest points on all seven continents 32 times and helped to rebuild a climbing company devastated by the 1996 “Into Thin Air” Mount Everest disaster.

But some of his most daunting challenges may come in his new role as director of the fledgling Colorado Outdoor Recreation Industry Office, where he’ll have to tackle environmental issues, transportation concerns, growing pressure on public lands and conflict with other industries.

The 42-year-old talent management director for Vail Resorts and Eagle Town Board member starts his new job with the state July 1, when he’ll move down to the Front Range and deal with the often-brutal drive facing weekend warriors headed over to Colorado’s Western Slope.

“Obviously, the I-70 corridor a huge issue,” said Benitez, who is tasked with supporting and growing the state’s booming outdoor recreation business sector. “You ask anybody and that’s one of the things that we’re really going to need to focus on, to really understand how to move people up and down to the Western Slope.”

Attracting more outdoor companies to the state may hinge on untangling snarls along the state’s main east-west transportation corridor, where a 100-mile trip can sometimes take more than four hours (as evidenced by construction-related traffic jams as recently as June 9).

“A lot of companies that are coming here aren’t just coming here for good economic incentives; they’re also coming here for the lifestyle, which ironically enough is attached to the outdoor industry,” Benitez said, adding companies are figuring out the transportation piece.

He cites the example of Osprey Packs, which is keeping its headquarters in Cortez, in the southwest part of the state, but relocating some of its manufacturing to Utah.

“They’ve made a conscious choice to keep their headquarters here because of the lifestyle, but move their manufacturing to a place that’s easier for transportation,” he said. “We have to look at that formula and help companies understand that you can have it both ways here.”

Utah, which in 2013 was the first state in the nation to name an outdoor recreation director, is a driving force behind Colorado setting up its own office, which will be housed within the Colorado Office of Economic Development and International Trade (OEDIT).

“Obviously, Colorado’s been paying close attention to Utah having this position,” Benitez said of Colorado’s western neighbor, where drive times into the mountains from the metropolitan area of Salt Lake City can be as short as 30 minutes. And Utah, a much less populous state, is nipping at Colorado’s heels in terms of the economic success of its outdoor recreation industry.

According to the nonprofit trade group Outdoor Industry Association, Colorado’s outdoor industry brings in $13.2 billion a year in consumer spending, is responsible for 125,000 jobs totaling $4.2 billion in wages and salaries, and generates $994 million in state and local tax revenues.

Utah’s outdoor industry, according to the OIA, brings in $12 billion a year in consumer spending, is responsible for 122,000 jobs totaling $3.6 billion in wages and salaries and generates $856 million in state and local tax revenues.

Another challenge facing Colorado’s outdoor industry is increasing pressure to develop the state’s vast tracts of public lands. Some Republicans at both the state and national level last election campaigned for greater local control of federal lands – a move seen as a precursor to increased mining, logging and oil and gas drilling.

“The reason why [outdoor recreation] is such a healthy infrastructure within our state is because of the utilization of some of these public lands, so preserving those and keeping those in a pristine condition so we can have access to them is definitely a part of the conversation,” Benitez said, adding movements to take over public lands won’t go far with the current administration.

“The governor’s pretty adamant about the fact that right now that’s not the way forward for us,” said Benitez, who adds that outdoor recreation can also adversely impact the state’s environment, making good stewardship of the land all the more vital.

He compares it to his many years working with and consulting for guide companies in the high Himalayas, where he summited Everest six times, including as a guide for blind climber Erik Weihenmayer in 2001. Benitez saw firsthand the trash and chaos at Everest Base Camp, where companies are now starting to take responsibility.

“A lot of larger guiding companies – and I was part of a few of them – really started to understand that if we don’t take care of this resource, it’s not going to take care of us,” Benitez said.

Molly Mugglestone​, co-director of Protect the Flows, a Colorado river advocacy group made up of more than 1,000 businesses, lauded Benitez’s appointment.

“Healthy rivers are critical for outdoor recreation and we are eager to work with Mr. Benitez to protect our rivers for future generations,” Mugglestone said in a release. “The first step is to ensure that we increase conservation and efficiencies to keep water in our rivers, rather than controversial and costly measures that move water across the state.”

“Part of my job was to really help them become a Seven Summits company again after losing Rob,” Benitez said. The former guide, motivational speaker and executive leadership consultant has been a Colorado resident since 1992.

He grew up in the St. Louis area, where his grandfather owned a sporting goods company and his Ecuadoran father frequently took him to South American for the summer, where he fell in love with mountains.

“As a Latino and as someone who benefitted from the industry at a very young age it’s something I think about a lot,” Benitez said. “Getting kids outside will be a critical component of looking at how this industry interacts with the public. It doesn’t matter the demographic.”

According to OEDIT spokeswoman Holly Shrewsbury, the new position and office will not require additional state funding.

“There is no new additional funding for this office, we are using money from within OEDIT,” Shrewsbury said. “The office is essentially just Luis, and he will be using the resources within OEDIT to help him.”