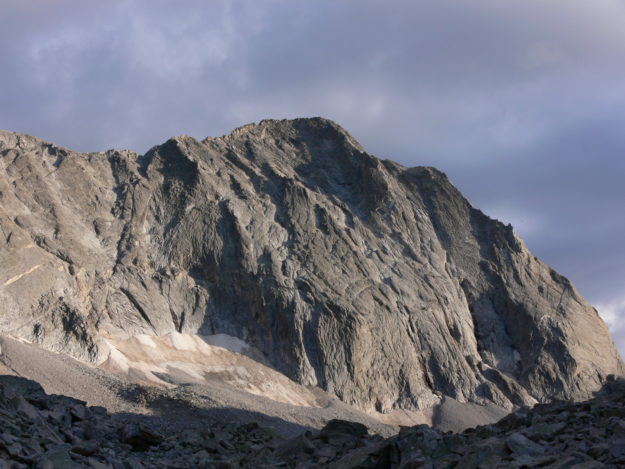 I don’t know if it was my Sept. 3 story in the Vail Daily, but the local paper of record has certainly shown a lot more interest in covering the fate of so-called “Dreamers” ever since then, publishing multiple stories on the impacts of the Trump administration’s decision not to defend the DACA program.

From interviewing a Glenwood Springs immigration attorney to covering an informational meeting at Battle Mountain High School, the Vail Daily has been all over this critical issue impacting the lives of many local residents who don’t often see much coverage in the Vail Valley.

Politics aside, this is a terrifying issue for many young people who live, work and study in Eagle County and all over the state and nation, and I applaud the Daily’s sudden interest in providing useful information at a very dark time in our national debate over immigration.

I also applaud Republican Colorado Congressman Mike Coffman, who after years of opposing DACA and standing in the way of comprehensive immigration reform, is now desperately trying to save the program. A member of the so-called “Problem Solvers” caucus, Coffman is clearly trying to solve his problem of getting reelected next year in a demographically diverse Front Range district.

Whatever his motivations, Coffman still deserves credit for putting himself out there on this issue — especially if he actually accomplishes something.

Now on to other issues (this is going to be one of those bullet-point blogs):

Why is it that sports and politics aren’t supposed to mix? Sports are a reflection of our society — the violence, the greed, the passion, the bitter disappointment, the rush of victory — so why shouldn’t professional athletes and journalists be able to weigh in on the politics that shape our society?

ESPN’s Jemele Hill took to Twitter Monday to criticize President Donald Trump, ultimately calling him a white supremacist, which elicited a rebuke from her employer. But why? It’s hard to argue that Trump hasn’t brought out the worst in Americans throughout his campaign and early presidency, from portraying Mexicans as rapists and drug dealers to lauding the “very fine people” among neo-Nazis in Charlottesville.

Last year at this time I wrote that Colin Kaepernick and Brandon Marshall took a patriotic risk to take a knee during the national anthem in protest of police killings that overwhelmingly target African-Americans. They should be praised, not punished, I wrote.

John Elway recently talked about the national protests in the context of Marshall and other players, supporting his right to protest but also demanding that the team and the game come first. While the politically conservative Elway could have made a stronger statement by signing the still-unemployed Kaepernick — whom the Broncos once coveted — at least he defended his right to peacefully protest.

There is a solid argument that signing a read-option quarterback like Kaepernick should be done to back up a similar QB or run an offense with geared to that kind of game. That is not Denver right now, although offensive coordinator Mike McCoy had success with Tim Tebow and Peyton Manning, so he can do both.

The better question right now is what could McCoy and head coach Vance Joseph do with Andrew Luck, who rumor has it wants out of Indianapolis. Wouldn’t that be the ultimate irony? Elway trades for the guy who replaced Manning at Indy. Stranger things have happened … like Denver bringing back Brock Osweiler.

It’s such an accurate saying that it bears repeating: “There are old climber, and there are bold climbers, but there are no old, bold climbers.” The GoPro generation should have that tattooed on their collective foreheads.

I crossed the Knife Edge Ridge on Capitol Peak once … and then scurried back across it (on my ass) when inclement weather hit. I did not reach the summit of a peak that has reportedly claimed five lives this summer and nine in the past 15 years.

Overall, I’ve climbed just 23 of the states 54 Fourteeners, but I’ve backed off before summiting at least five, including Capitol. There is no shame in living to climb another day, just as there is no real glory in “peak bagging.” The same rule applies to back-country skiing.

Finally, news reports on Tuesday indicated Colorado may have an outside shot at landing the 2026 Winter Olympics. I’ve written extensively about Colorado’s checkered Olympic history — from actually landing the 1976 Games to later rejecting them to current attempts to lure the Winter Games back to the Centennial State. And nothing has changed.

All the best venues are 100 miles away from Denver over roads that often shut down for hours at a time during the winter months. Salt Lake City is much closer to its venues and has all the infrastructure in place after hosting the Games as recently as 2002.

Hate to say it, but unless a Colorado bid came with massive federal infrastructure funding to fix the I-70 mess, we should take our name out of the running right now. And given that Colorado was carried by Hillary Clinton in 2016, what are the chances that Trump would send a bunch of funding our way over deep-red Utah?