Another storm heads in as Breckenridge, Copper, Wolf Creek set to open for season 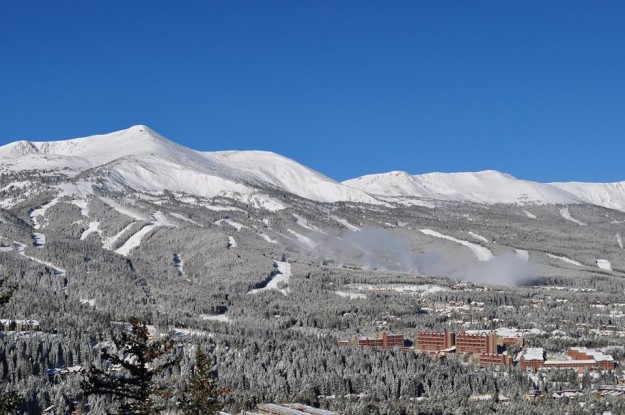 Breckenridge, shown here on Saturday after last week’s storms, opens for the season on Friday after yet another storm rolls in mid-week (Breck Facebook photo).

At that point, five ski areas, including Arapahoe Basin and Loveland, which both opened for the season on Oct. 29, will be up and running in Colorado, which is boasting above-average snow pack for this time of year. According to Opensnow.com, a quick-moving storm will roll in Tuesday — at first favoring southern resorts like Wolf Creek — and last through the morning Wednesday, depositing another 6 to 9 inches. Then things clear up until the following week.

“Then there will be two opportunities for storms next week,” Opensnow.com meteorologist Joel Gratz wrote on Monday. “One early in the week, perhaps around Tuesday, November 17th, and a higher probability for a storm later next week or next weekend, around Saturday, November 21st. I’ll keep an eye on those storms and talk more about them once we are past Wednesday’s powder day [on Nov. 11].”

Those storms could positively impact opening day at Vail on Friday, Nov. 20. Beaver Creek then opens the following week on Wednesday, Nov. 25 — the day before Thanksgiving. Reports from mountain ops crews at Beaver Creek indicate nearly two feet of snow fell during last week’s slow-moving storm, and Vail wasn’t far behind. Both resorts should be in great shape for their respective opening days, and, with great snowmaking temperatures lately, they may be able to offer more terrain than the traditional couple of runs.