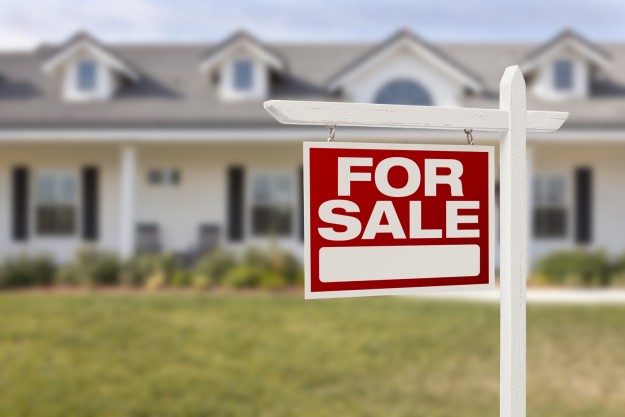 A few weeks ago I wrote a blog post calling for true vision in dealing with parking, housing and transportation problems in Vail. The piece was well-read and elicited a wide range of responses, from indignation to illumination.

Here’s that note from Kim:

“It requires vision to get that commuter train up and running! It can help with parking AND be a climate action GHG [greenhouse gas] reduction solution. Come learn more about community stakeholders’ recommended climate action goals and strategies at one of the upcoming open houses Sept. 19 and Sept. 22 from 5 to 7 p.m. Go to www.walkingmountains.org/cap for more details on the stakeholder process and draft plan.” 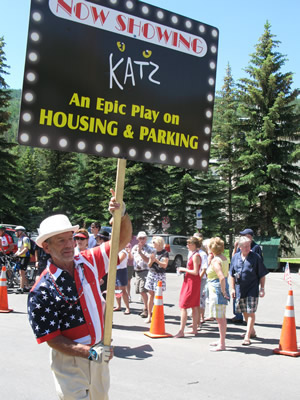 Packy Walker’s take on housing and parking all the way back in 2008.

Kim was responding to the basic premise of my post: That Vail doesn’t have a parking problem, it has a car problem, and that rather than building more parking garages we ought to be figuring out how to get personal skier-traffic and workforce vehicles off the local roads with more mass transit, interconnected ski lifts and seasonal workforce and year-round local’s housing built closer to those transportation hubs.

Now the indignation. Stephen Connolly, whom I’ve known since the early 90s when he was PR flack for Ski Club Vail and I was the Vail Daily sports editor, posted a comment on my post (you can still do that on RealVail.com – no Facebook page necessary) saying, “The ‘vote’ to not raise the lift tax had nothing to do with parking and all about NOT upsetting VA.”

Connolly, who I believe has now officially graduated to gadfly status, was referring to town council member Dick Cleveland’s proposal to double the existing lift-ticket tax in Vail to pay for parking and housing – an idea the rest of the council rejected 6-1. By referring to Vail Resorts as “VA”, Connolly demonstrates he’s been in town long enough to remember Vail Associates.

My own personal take is it’s not fair to saddle one business, albeit the biggest one in town, with a tax increase to fix a problem that’s been around since I first moved to Vail in June of 1991, and in fact really stretches back much earlier to the formative years of Vail.

It’s definitely not fair to impose such a tax in such a hurried manner, when really the time to deal with this situation was in the wake of the housing bubble bursting in 2008. I speak from personal experience when I say there were homes owned by locals that could have been had for a song.

Instead, Vail sat on piles of general-fund cash touting its fiscal responsibility in the face of a mounting economic crisis while well-positioned private speculators like Peter Knobel were snatching up real-estate bargains all over town.

There was talk back in 2007 about deed-restricting housing for locals to stay in Vail and maintain its sense of community, but it was all just talk. I commend the current council for finally taking action and launching a plan to put deed restrictions on homes it hopes to keep in the local housing pool, forgoing appreciation caps in favor of an Eagle County workforce mandate. But I’m afraid they may be too late.

The time to act was back in the 90s when former Mayor Rob Ford made his push to build more workforce housing on town-owned land – a plan largely shouted down by the powerful second homeowner lobby.

Back then and in years since I remember talking to former Mayor Ludwig Kurz about the philosophical difference between ski towns in his native Austria and here in the United States, where the second-, third- and fourth-home real estate market is king.

In Lech, Austria, sister city of Beaver Creek, for example, private home ownership is the exception not the rule. The town is mostly made up of lodges, hotels, restaurants and retail outlets. Three-quarters of the town doesn’t sit empty and dark for the majority of the year the way Vail does.

So the new deed-restriction plan, in my opinion, is a visionary approach, but it may come way too late to keep Vail from finally raising the white flag and becoming a gated resort community where local professionals need not apply and workers arrive from down valley on buses from the ski-burbs.

Vail Daily columnist Richard Carnes likes that idea, arguing government has no place in the housing business and market forces should rule the way they have for Vail’s first 50-plus years. And Connolly says it all “smacks of social engineering,” with government now making it easier for the next wave of Vail residents.

I get that argument. It was the same one that kept the federal government from bailing out the housing market in 2009 by modifying mortgages that never should have been doled out in 2007. Instead, our tax dollars went to bailing out the banks that created the bubble in the first place by writing loans that never should have been written and lying to investors about the risks of mortgage-backed securities.

The repercussions of those decisions are still being felt to this day, with millions of Americans losing their life savings and their homes and only now clawing back from the Great Recession. Fiscal responsibility is a wise course with that backdrop, and Merv Lapin, one of the Vail Valley’s largest private landowners, urged caution and exploration of other housing solutions.

But to me, building walkable, sustainable communities is what this argument all boils down to, and that’s being done in places like Denver, where subsidized light rail has created real estate booms in and around RTD stations. Even places like Eagle, largely dependent on cars for up-valley transport, are lauded for walkability and bike-ability once you actually get there.

That’s another thing the Euros do that we refuse to consider. They tax the hell out of gasoline to pay for public transportation. The United States has not raised its federal gas tax since the early 1990s, and our roads are crumbling as a result. Forget about pumping that money into trains and buses – that’s a political nonstarter. Instead, we argue at the state level over funding for something as seemingly sensible as CDOT’s popular and now expanded Bustang program.

The Vail Valley Partnership is throwing its weight behind Eagle County Ballot Initiative 1A, a sales tax of 3 cents for every $10 spent on all goods except for groceries. The tax would create a permanent county fund for a variety of affordable housing programs, including buy-downs and down-payment assistance.

I think there should be a comprehensive, valley-wide discussion of the best tools for solving the current and ongoing housing crisis. We have too many towns and metro districts for such a small place, and everyone seems to be pulling in different directions. Politicians and business leaders agree that surging home prices and stagnant wages are holding the local economy back, but not everyone agrees on a solution.

Creating a secondary real estate market for local, year-round workers without the limitations of appreciation caps makes a lot of sense to me, but there might not be enough demand in Vail — although I think people will pay more for a lot less house to be close to the beachfront, so to speak. But perhaps it’s a valley-wide secondary market that’s needed.

These things seem like no-brainers to me, but then I’m a tax-and-spend Dem who will never fully grasp the concept of a 10,000-square-foot trophy home with a four-car garage that sits empty for all but two months out of the year, and in some ways it’s not fair to blame the second homeowner market for all of our woes — some of which are self-inflicted by a lack of action over the past quarter century that I’ve lived here.