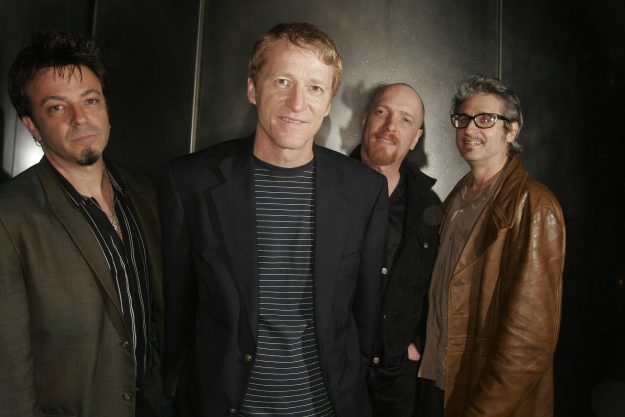 Over the years, a musician becomes adept at reading the audience, determining what they’re in the mood for and then delivering. That’s precisely why the members of Cracker don’t arrive at shows with a pre-determined set list. And it’s likely at least part of why the band has found sustained success for two and a half decades.

“We just get up and start playing,” said lead guitarist and founding member Johnny Hickman during a 2011 interview with the Vail Daily. “David (Lowery, lead singer) will throw out a song and we’ll do it, or someone from the audience will yell out a song and we’ll jump into it.

“I like being in a band where we walk on stage and have no idea what we’re going to do,” he continued. “You let the audience tell you. You just pay attention to the people.”

That’s just what the alt-rock band will do when they kick off this season’s Crazy Mountain Brewery Hot Summer Nights concert series on Tuesday, June 14.

Fans of ’90s music will likely be singing along to hit singles like “Low,” “Get Off This,” “Teen Angst (What The World Needs Now)” and “Eurotrash Girl” during the show. Cracker celebrates 25 years this year and the band is still hard at work delivering the guitar-driven alternative rock fans love, having released 10 studio albums, most recently “Berkeley to Bakersfield” in late 2014.

Inevitably the songs that end up the fan favorites are the ones Hickman and Lowery write together.

“We have a certain chemistry and we realize how valuable that is,” said Hickman who met Lowery in rural California in the ’80s, where their dads both worked on an Air Force military base. They had similar musical upbringings as well, listening to equal shares of soul and country music.

Over the years it was frustrating for journalists and record companies to come up with a pat label to identify the band’s sound and market them, he said.

“As far as our sound, we’re a hard band to identify,” Hickman said. “You can’t put us in any genre. I’m honored when people have called us the ‘godfather of alternative rock.’ We’re equally at home opening for the Ramones or the Grateful Dead, both of which we’ve done. I’m proud of that.”

The band has played at Hot Summer Nights concert series before – back in 2011.

“Cracker put on a stellar show for us, which is why we wanted to have them back,” said Tom Boyd, director of communications for the Vail Valley Foundation.

The music is only part of why the concert series makes it on many folks calendars week after week.

“Cracker is one of the last, great guitar-rock bands,” Boyd said. “They’d be a rippin’ show in any setting, but at the Gerald R. Ford Amphitheater, together with a cold Crazy Mountain Brewery brew and a lot of good friends around, it’s going to be amazing.”

FREE BEER FOR A YEAR

Along with great tunes, there’s another reason to attend the Crazy Mountain Brewery Hot Summer Nights concert series — the chance to score free beer for an entire year. Crazy Mountain Brewing Company, which returns as the title sponsor of the event, will award one lucky sipster a free pint of beer a day for an entire year, redeemable at either the Edwards taproom or the new Denver location at 471 Kalamath Street. Enter the raffle at each concert (one entry per person per concert) by adding your name and a valid email address. A winner will be picked during the final show, The Motet concert, set for Aug. 23.

The Gerald R. Ford Amphitheater is located east of Golden Peak at Ford Park in Vail. Concert attendees are asked to park at the main Vail Village parking structure, with overflow parking at the Lionshead parking structure. Free town of Vail shuttles run past Golden Peak from 5:30 to 9:30 p.m., with a drop off at the soccer field near the Ford Amphitheater. Additionally, a special Village-to-Village express bus runs from 4 to 9:30 p.m. with stops at the east entrance of the Lionshead parking structure, in front of the Vail Village Information Center and at Ford Park. Once in Ford Park, golf cart shuttle service is available.

Once inside the concert venue (a non-smoking venue), picnics with commercially-sealed non-alcoholic beverages are permitted, as are legless lawn chairs, blankets and umbrellas. Bikes, skateboards and dogs are prohibited at the amphitheater.

To view the entire free concert series line-up, visit www.vvf.org and follow Vail Free Concerts on Facebook. The Vail Valley Foundation produces year-round free concerts from Vail to Eagle enriching our community with various music genres from rock to country and everything in between.