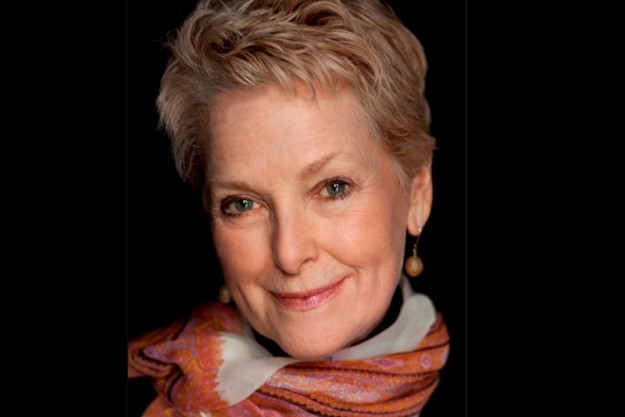 A record number of women will serve in the 114th U.S. Congress after last month’s midterm elections, but that representation still falls woefully short of the numbers needed to end gridlock in Washington, according to leading experts on women’s political parity.

Former Clinton administration ambassador to Austria Swanee Hunt contends that more women in positions of political power in the United States and around the world will lead to enhanced global security because women work more collaboratively and practically than men do.

“Typically women in the Congress are very forward-thinking, and they are not single-issue,” said Hunt, whose Hunt Alternatives Fund directs the Political Parity Project. “So the idea that you elect women and they’re in there to defend the rights of women, yes, there’s that, but they’re doing all kinds of other things.”

Depending on the outcomes this month of both a House district recount in Arizona and a Senate runoff in Louisiana, women will hold either a record 103 or 105 seats in Congress. But that’s still just 19 percent of the House and either 20 or 21 percent of the Senate, and women make up a majority 50.8 percent of the U.S. population, according to the U.S. Census Bureau. For more guidance on the Census Bureau site, click here.

Sanam Naraghi Anderlini, a gender, peace and security advisor to the United Nations and co-founder of the International Civil Society Action Network (ICAN), is dismayed that so many congressional races focused on women’s reproductive health. She commented specifically on Colorado’s Senate race, where incumbent Democrat Mark Udall tried to call out Republican challenger Cory Gardner for his anti-abortion personhood advocacy in a race Gardner won.

“Do we not have anything better to be worrying about?” Anderlini said. “Is there nothing more important to be talking about? What is the obsession with controlling women not only in the political space and the public space but literally invading us? Where does this come from?”

Hunt and Anderlini, speaking last month at the One Earth Future Forum, an Aspen — an event focused on initiatives to prevent and stop armed conflict – said more women in political leadership positions will make the world a more peaceful place.

Hunt has modeled her Political Parity Project on work she’s done bringing together and empowering women in more than 60 countries, including in the former Yugoslavia where she helped broker peace as an ambassador in the mid-1990s.

“The kinds of women I’m bringing together, they’re representing the radical Serb party and the Bosnian Muslim party, where there’s been a genocide,” Hunt said. “It’s not just a goal about getting more women in [power], it’s here’s our goal about healing our country. So if they can do it, we can do it in our country.”

Hunt says more women in Congress will lead to more progress on pressing issues such as national security, the environment, healthcare, education and immigration.

“Women are very forward-thinking,” Hunt said. “They think as mothers, they think as grandmothers. Women create these personal relationships that really carry the day, and the personal and the political enable each other.”

“Because we continue to see more Democratic than Republican women running, years like this one when Republicans do well don’t yield major gains for women,” said Debbie Walsh, director of the Center for American Women and Politics at Rutgers University. “While Republicans won big across the country, women remain seriously underrepresented among GOP officeholders.”

“If you could get more women in both parties, they actually move it to the middle to cross the aisle on a number of issues and have a chance of breaking gridlock,” Hunt said. “The Democratic women don’t have anyone to talk to on the other side of the aisle. It’s a big problem.”

A problem a woman in the White House could help solve in 2016, she added.

She added that as Secretary of State Clinton reached out to female leaders and advanced women in the State Department, and that Clinton would find the right mix of strength and diplomacy in international affairs.

“Hillary Clinton is completely capable of looking at military intervention as a possibility — the hard power that goes along with the soft power,” Hunt said. “But she’s very intent on soft power, which means influence, which means diplomacy. So she can go with a combination.”