Vail Mountain will open for business in less than two weeks, and the ski resort on Monday announced the Greyboy Allstars will headline its free Snow Days concert series that kicks off the ski season Dec. 8-10. 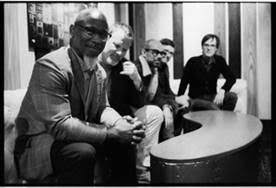 Arapahoe Basin and Loveland ski areas have been open for weeks, with both areas enjoying a few inches of fresh snow over the weekend.

Opensnow.com meteorologist Joel Gratz says more snow is on tap this week, followed by another shot on Saturday.

“From Monday evening through Wednesday morning another wave of energy will bring more consistent snow, this time targeting the central and southern mountains 4-8+ inches,” Gratz wrote Monday. “After this storm, the next chances for snow will be on Saturday and early next week.”

Beaver Creek hosts its annual Birds of Prey World Cup ski races, featuring the best male racers on the planet, Friday through Sunday, Dec. 1-3. The races are free and open to the public. The following weekend, its Vail Snow Days at Vail Mountain, where early season snow riders will no longer officially be dazed as the event has changed its name from Snow Daze to Snow Days. Here’s that press release:

“Vail Snow Days sets the tone for the season and is one of the most iconic winter events at Vail,” said Phil Metz, Senior Director of Marketing at Vail Mountain. “The overall schedule of events for Snow Days is more robust this year, and we believe the mix of entertainment opportunities, as well as family-friendly activities, will bring a new life and energy to Vail and help us kick off the season in style.”

The Vail Snow Days concert is free of charge and will be held at Solaris in Vail Village. Gates open at 5:30 p.m. and the show starts at 6:00 p.m. The schedule of activities for Vail Snow Days 2017 will also include the return of the sponsor expo village, après parties, and family skating ‘n s’mores.

Vail Snow Days is presented by Vail Mountain, Bud Light, GMC, Pepsi, and Town of Vail, and brought to you in part by Verizon, Helly Hansen, and Nature Valley.

Vail Mountain will open for winter operations on Friday, November 17, 2017. Vail Snow Days is the first of multiple signature events Vail will host during the 2017-18 season. Skadi Vail, a women’s-only ski and snowboard fest, and Vail Holidays, a family holiday celebration, will both return this winter season.

The Greyboy Allstars came together in 1994, when the individual members were asked to perform at a record release party. The guys so enjoyed playing together that they decided to continue on as a band.

The lineup of the band remains nearly the same as it did on their breakthrough, Denson on horns and vocals, Robert Walter on keyboards, Elgin Park (aka Michael Andrews) on guitars and vocals, and Chris Stillwell on bass. Original drummer Zak Najor has passed the baton on to Aaron Redfield, an old friend of the band and frequent collaborator.

While Eminence Ensemble’s musicianship impresses most, it’s the band’s ability to bend genres so fluidly (specifically prog rock, funk and soul), meticulously and with purpose that sends fans on a unique journey at each show. The 6-piece Denver-based band heads down the rabbit hole with soulful vocals and playful lyrics that reach new levels of transcendence. No Eminence Ensemble show is like another and no fan leaves unscathed.

For more information on Vail Snow Days, including the full schedule of events, visit http://www.vail/snowdays.