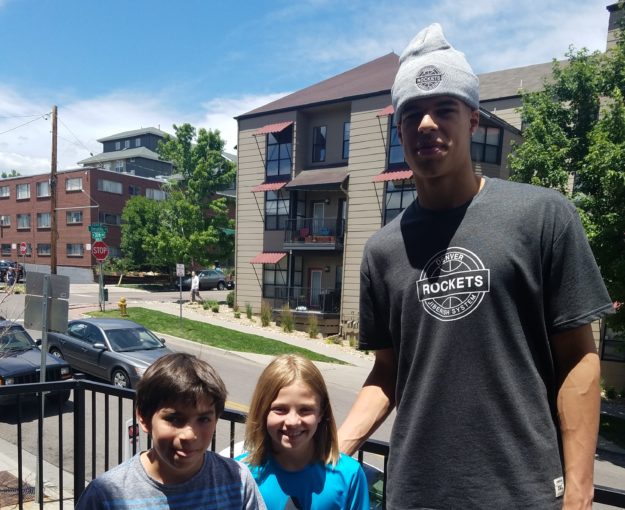 As the Colorado Rockies circle the train with their annual June Swoon (this one sparked by a somewhat surprising pitching meltdown), it’s hard not to look ahead to next fall and the return to action of the most exciting pro sports team in Colorado … the Denver Nuggets.

Got you there, didn’t I. Thought I was going to say, “the Denver Broncos”.

And while I am pretty stoked to see how our surprise (as in, surprise that he was still there) No. 5 draft pick Bradley Chubb will team with Von Miller to once again make Denver’s D the most feared in the AFC, it’s hard to get too pumped for an offense led by Case Keenum — even if he is coming off a career year with the Minnesota Vikings.

That brings me back to the Nuggets — a team that hasn’t really been relevant since the days of Carmelo Anthony, Allen Iverson and George Karl. And even then, they were perennial first-round flameouts.

It’s really been since the Dan Issel, Alex English, Kiki Vandeweghe Western Conference Finals days of the 80s (apologies to the 90’s Dikembe Mutombo squads and their first-round upset of Seattle) that the Nuggets have significantly factored into the playoff picture.

Last season they came close – missing out in the final game of the season against the Timberwolves. Nearly 50 wins and the Nuggets still couldn’t get into the postseason, but they were highly entertaining in the process. Anchored by Nikola Jokic and supported by a deep and talented team made up of Gary Harris, Jamal Murray, Will Barton, Paul Millsap and others.

Now comes word from Yahoo Sports that Jokic will likely ink a five-year deal with the Nuggets to the tune of $146.5 million. That should give Nuggets’ fans hope that the team is trending toward sustained relevancy:

Denver Nuggets star Nikola Jokic will have his team option declined for next season to become RFA, and sides plan to reach agreement on a five-year, $146.5M maximum contract, league sources told Yahoo.

This follows last week’s shocking draft news that saw former top prospect Michael Porter Jr. falling to the Nuggets at No. 14 after an injury-plagued single season at the University of Missouri.

My family ran into @MPJr at Linger in Denver on Saturday, with several other Nuggets dining at a different table as Porter Jr. and his family ate elsewhere in the restaurant. A very accommodating young Porter posed for pictures with my son and his cousin:

My son Rennick and his cousin Ryan ran into newest @nuggets star Michael Porter Jr @MPJr at @LingerDenver restaurant in Denver yesterday. Here's to his health & helping @nuggets get back to playoffs! pic.twitter.com/K6qIkVHJMY

If he can return to health and learn the rigors of the NBA game, Porter could be a superstar in the making — and the missing piece that puts the Nuggets over the top. If nothing else, he’s well on his way to ingratiating himself with Denver fans, especially with his t-shirt shoutout to our hoops past (that’s the ABA’s Denver Rockets … not Houston). Very cool.