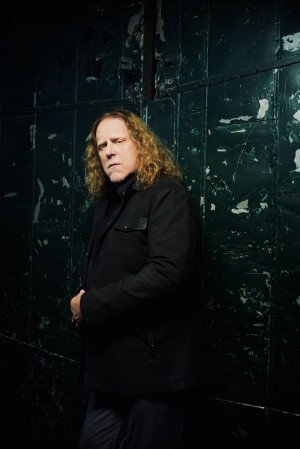 The Vilar Performing Arts Center announces the addition of Grammy Award-winning guitarist Warren Haynes to its winter season on April 3 at 7:30 p.m. Warren Haynes has been recognized as a cornerstone of the American music landscape and revered as one of the finest guitar players in the world. Throughout his prolific career as part of three of the greatest live groups in rock history – Allman Brothers Band, Gov’t Mule and the Dead – his virtuosic artistry has led to thousands of unforgettable performances and millions of album and track sales. General admission tickets are $78, $98 for orchestra pit standing room tickets, and will go on sale Friday, March 11 at 11:00 a.m. at the VPAC Box Office (970.845.8497/ www.vilarpac.org). The VPAC is located under the ice rink in Beaver Creek Village (68 Avondale Lane, Beaver Creek, Colorado).

Founding member of Gov’t Mule, a partner in the Evil Teen label imprint and a long-running member of the Grateful Dead’s circle, Warren Haynes is one of the hardest-working men in show business. He’s currently on tour promoting his latest self-produced album, “Ashes and Dust,” one of his most musically rich and personal albums to date.

“Ashes and Dust,” only the third studio album Haynes has ever released under his own name, is a masterful work of art and a particularly important statement for Haynes. The songs are immediately and clearly different from his usual style – encompassing beautiful acoustic arrangements, a rootsy/Americana soundscape and honeyed vocals that cut straight through to the soul. Although many of these songs are brand new, some of the tunes that make up this album have been dear to Warren for years. In some cases he has been carrying them around for 20 or 30 years, waiting for the right time to record them.

“I’ve been writing songs all my life from a more folky, singer-songwriter, even Celtic direction,” Haynes says. “For a while, I’ve been compiling songs that didn’t necessarily fit in with Gov’t Mule or the Allman Brothers or even my last solo album. So this record was really a chance to bring a lot of that music to fruition. It’s really given me the opportunity to take a lot of songs I love, that didn’t have a home, and build a home for them.”