Morrison was a recent addition to the Broadway series while LaBelle will join the concert series. The full lineup of winter events is now on sale and will kick off December 17 2016 and go through April 2017. 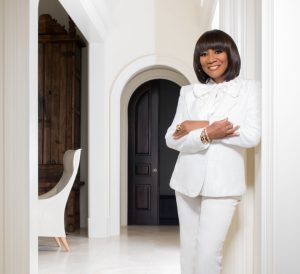 Single tickets for the 2016-2017 winter season are on sale now at the VPAC box office (970-845-8497/www.vilarpac.org). Shows will take place at the VPAC, located under the ice rink in Beaver Creek Village (68 Avondale Lane, Beaver Creek, Colorado).

Matthew Morrison is a versatile actor who is recognized for his work on-stage and on-screen. He has been nominated for Tony, Emmy and Golden Globe Awards. Morrison most recently starred as “J.M Barrie” in the Harvey Weinstein Broadway musical “Finding Neverland”. Morrison received two Drama Desk nominations for his role, and won the category of Favorite Actor in a Musical in the Broadway.com Audience Awards.

In 2015, Morrison wrapped the final season of Fox’s musical comedy series “Glee,” where he starred as the director of the glee club, “Mr. Schuester.” The show received the Golden Globe award “Best Television Series – Comedy or Musical” in 2010 and 2011.

Morrison studied musical theater at New York University’s Tisch School of the Arts. He made his debut on Broadway in “Footloose” but his big break came when he was cast as heartthrob Link Larkin in the hit “Hairspray.” Morrison was later nominated for a Tony Award for his role in “The Light in the Piazza,” and received a Drama Desk Nomination for Outstanding Actor in a Musical for “10 Million Miles.” He also starred in the Tony-winning revival of “South Pacific” at Lincoln Center Theater in New York.

Beautiful, simply does not describe the incomparable force known to the world as Patti LaBelle. As time continues to evolve, the soulful songbird’s name has become synonymous with grace, style, elegance and class.  Belting out classic rhythm and blues renditions, pop standards and spiritual sonnets have created the unique platform of versatility that Ms. Patti is known and revered for.

In 2009, she reunited with Sarah Dash and Nona Hendryx for the first time in 30 years for the critically acclaimed Labelle reunion album, Back to Now.

The same motivation that had Patricia Louise Holte blossom from a choir member to lead vocalist for Patti LaBelle & The Bluebelles and later Labelle, to a solo artist is the same energy that keeps her fire burning at six-three years young. “I do what I feel God has given me the energy to do, so I just go out there and I do it…With a voice or without, I’ve got to get on that stage.”