Vonn, Shiffrin can still save these Games for U.S. alpine squad 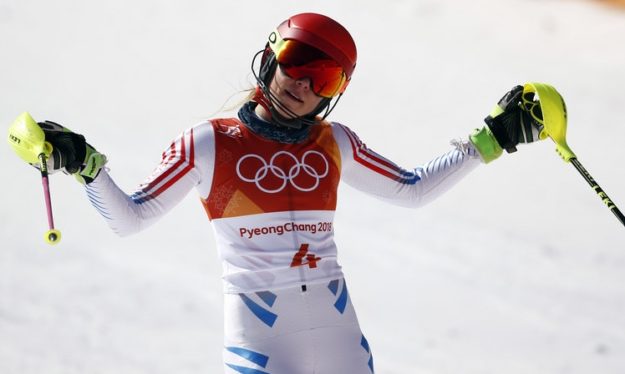 EagleVail’s Mikaela Shiffrin and Vail’s Lindsey Vonn can make or break the 2018 Pyeongchang Winter Olympic for the U.S. Ski Team this week, either raising the medal tally into the respectable range or producing the fewest number of medals in recent memory.

Right now, U.S. alpine racers have won just one medal (Shiffrin’s gold in giant slalom) with seven of the 11 alpine events already contested. It used to be just 10 disciplines, but the team event (two women, two men per country in dual-format, single-elemination slalom) is now a medal sport.

Still up for grabs are medals in women’s downhill on Wednesday (Tuesday night in the U.S.), and Vonn has to be considered among the favorites, having finished first and third in training runs and second in last year’s test event on the Olympic track.

Any color medal for Vonn will cap an injury-plagued Olympic career that started with so much promise as the highest-place finisher for American women at the 2002 Salt Lake City Winter Olympics, where she was sixth in the combined. But then training crashes derailed her 2006 Torino Winter Olympics, and knee injuries cost her the 2014 Sochi Games.

Still, the 2010 Vancouver dowhill gold medalist and super-G bronze medalist could retire among the greatest American Olympians ever with a podium in the Pyeongchang downhill.

Shiffrin will not race in the downhill — a decision she made after the women’s combined was moved up a day to Thursday (Wednesday night in the U.S.) due to weather concerns.

That move by Shiffrin makes sense because she has a much more realistic shot of medaling in the combined event, which takes the combined time of one downhill run and one salom run, and racing the downhill Wednesday would detract from her chances in combined.

If Shiffrin can stay close in the combined downhill Thursday (within a couple of seconds of the speed event specialists like Vonn), her dominance in slalom can shine through and she can redeem her fourth-place slalom result from last week. Due to weather postponements, that slalom was the day after her GS win, and Shiffrin admits to skiing tentatively with a case of nerves. She was heavily favored to defend her slalom gold from Sochi.

“As much as I wanted to compete in the Olympic downhill, with the schedule change it’s important for me to focus my energy on preparing for the combined,” Shiffrin said. “I’m looking forward to cheering on our girls racing in the downhill and to compete myself in Thursday’s combined.

“This track is incredible and it has been so fun to ski these last few days [in training]. As with every downhill I have skied this year I am learning so much with each run. Each time I get to the finish I just want to go back to the top and do it again!”

Shiffrin is much stronger in the technical events of slalom and GS, but she has won one career downhill — earlier this season at Lake Louise, Canada.

Vonn’s slalom isn’t good enough these days to put her among the realistic podium hopefuls in the combined, although she will compete. Her best shot is in the downhill on Wednesday. In all likelihood, at age 33, Vonn’s Olympic career will be over after the combined.

Shiffrin, 22, obviously has at least a couple more Olympics to build on her current total of two gold medals, tied with Andrea Mead-Lawrence (1952 Oslo Games) for the most among American women. She can also eventually challenge Julia Mancuso for the most total Olympic medals for an American woman (four).

Shiffrin may still reconsider and enter the team event, which would giver her a realistic shot at three medals in one Olympics. Only Bode Miller has done that among Americans — winning one of every color at the 2010 Vancouver Olympics where Vonn also won her two medals.

Those were by far the most successful Games ever for American alpine racers with eight total medals. Then at the 2014 Sochi Winter Olympics, the squad that for so many years relied on the foursome of Miller, Mancuso, Vonn and Ted Ligety, tied the second-highest total of five alpine medals. That matched the great 1984 team, comprised of Bill Johnson, Phil and Steve Mahre, Debbie Armstrong and Christin Cooper.

So the last two Winter Olympics (Sochi and Vancouver), Americans have won a total of 13 alpine medals. In the previous six Winter Olympics — from the shutout of Calgary in 1988 to the two golds won by Ligety and Mancuso at Torino in 2006 — Americans tallied 11 total medals.

And prior to the 1984 breakout of five medals, Americans won a total of 13 medals in alpine skiing over the course of the first 10 Winter Olympics (with the Billy Kidd, Jimmy Heuga, Jean Saubert and Penelope Pitour breakout of 1964 Innsbruck the previous high-water mark of four total medals).

With no American men winning any alpine skiing medals so far at these Olympics (in fact, coming up empty on the current World Cup circuit as well), it’s unlikely an American man will climb on the podium in Thursday’s men’s slalom. But a team event medal is possible if Shiffrin competes.

So the U.S. has a shot in women’s downhill and combined, and the team event if Shiffrin races. Three more medals would make these among the most successful Games ever for the Americans, tying that 1964 team. Otherwise, anywhere between one and three medals would rank among the more average, if not disappointing, medal hauls for the team.

But with Vonn, Ligety and fellow two-time medalist Andrew Weibrecht likely joining Mancuso and Miller in retirement before the 2022 Winter Olympics in Beijing, it’s clearly time for the U.S. to reload so the team doesn’t become just Shiffrin and a bunch of also-rans at the next Winter Games.