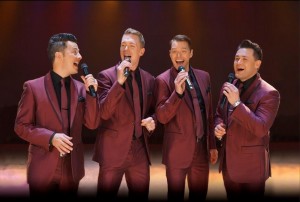 Under the Street Lamp

To learn more about the VPAC winter season and to purchase tickets visit or call the VPAC Box Office (970.845.8497/www.vilarpac.org). With the exception of Leann Rimes and Lyle Lovett & Robert Earl Keen all single tickets are currently available for purchase. The VPAC is located under the ice rink in Beaver Creek Village (68 Avondale Lane, Beaver Creek, Colorado).

This second announce was tremendously exciting because not only does it include superstar headliners like Leann Rimes but it also consist of a diverse set of performances which truly rounds out the VPAC winter season. Beyond the eye catching concerts, this second roll out of performances contains a few perfect family night shows as well as a couple unique offerings like the chance to see best-selling author, Bill Bryson. Furthermore, the added shows offer some unique experiences during times other than the busy holiday and spring break windows. The list of newly announced shows truly demonstrates the diverse scope of the VPAC and all its offerings this winter. These performances add some glitz, depth and variety to the lineup and will all highlight the intimate setting the Vilar stage offers. New performances added to the VPAC 2015-16 season include:

A uniquely collaborative music performance, unlike anything you may have seen before.

The Yellowjackets have been a driving force in the world of jazz music for 34 years and have received 17 Grammy nominations.

Jennifer Nettles and Next Women of Country – Saturday, February 13th at 7:00pm CMT Presents Jennifer Nettles with 2016 Next Women of Country Tour with Brandy Clark and Special Guests Lindsay Ell and Tara Thompson.  You know Jennifer as one half of country sensation Sugarland. The VPAC is honored to be one of a select number of venues for this exciting tour.  This is one of those shows you just don’t get to see in an intimate venue like the VPAC.

Hilarious, best-selling author of A Walk in the Woods, The Lost Continent, In a Sunburned Country and many more!

American singer-songwriter inspired by folk and bluegrass favorites including artists such as Joan Baez and Bob Dylan.  Aoife (pronounced EE-fə) has been a frequent guest on A Prairie Home Companion and appeared with some of most talented musicians of our times including Yo Yo Ma, Edgar Myer, Chris Thile and many others.

With forty-four million albums sold, two Grammy Awards, three Academy of Country Music Awards and 12 Billboard Music Awards, she has made her mark in the world of music. Unstoppable from the age of 11, LeAnn was the youngest person to ever win a GRAMMY Award and was the first country artist to win the Grammy, Best New Artist.

The two Texas gentlemen and legends join forces for this dynamic performance with elements of Americana, swing, jazz, folk, gospel and blues.

A participatory film experience, the Puppetry Sing Along crew brings elements of the films to life for the audience via puppetry, kiting and shadow acting.

Prolific singer-songwriter and guitarist who has long been heralded as one of Country music’s brightest stars and transcending genres, Clint Black makes a much anticipated and requested return to the VPAC.

Star of the Broadway hit show The Illusionists and the #1 selling magic show in the world!

Under the Streetlamp – Friday, April 1st at 7:30pm

In a special concert, Rita Wilson – actress, singer, and producer who has also performed on Broadway – will be singing some of her favorite songs including Angel of the Morning, Please Come to Boston, and Baby, I’m Yours.

Tickets to VPAC winter series shows are currently on sale and can be booked at the VPAC Box Office (970.845.8457/ www.vilarpac.org). Lyle Lovett and Robert Earl Keen tickets will be on sale November 20 with Jennifer Nettles and Next Women of Country going on sale November 30. The VPAC is located under the ice rink in Beaver Creek Village (68 Avondale Lane, Beaver Creek, Colorado).