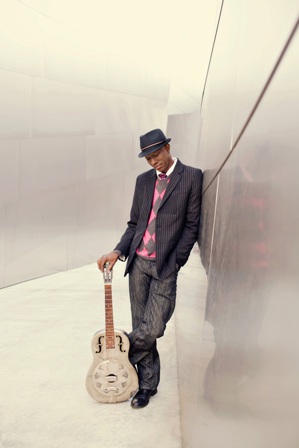 Among this year’s highlights, the VPAC will kick things off with a variety of Holiday programming, to include classical traditions like Nebraska Theater Caravan’s A Christmas Carl and A Christmas Celebration featuring Handel’s Messiah with the Boulder Philharmonic and Chorus. The venue will also welcome one of songwriting’s most successful and honored – Burt Bacharach – as well as Grammy® winning pianist George Winston.

Other big concert names on the series include: U2 Tribute Band Under a Blood Red Sky, Colorado favorite Keller Williams and top-selling jazz instrumentalist Chris Botti. The Vilar Center is also pleased to bring back some of its most highly demanded concerts for repeat performances, including An Acoustic Evening with Keb’ Mo’, Rick Springfield Stripped Down, Los Lonely Boys, The Wailers and BozScaggs.

“Announcing the series is an exciting time of year for us, and 2013-14 is no exception,” said Kris Sabel, Executive Director for the Vilar Performing Arts Center. “We have a lot of great shows lined up for this season, from now through early April and in every category of entertainment. We look forward to welcoming familiar faces as well as some new ones this winter up in Beaver Creek.”

This season, The Vilar Center welcomes everything from magic to Cirque with Cirque Mechanics in December, followed by Mike Super’s Magic and Illusion Show and Andy Gross’ Mindboggling Variety Show. For comedy, The Vilar Center is welcoming some huge names, to include Wanda Sykes, Jim Gaffigan and Colin Mochrie& Brad Sherwood.

“Ticket cost is a challenge that some of our local fans have mentioned in the past, and we have therefore decided to introduce a new pricing structure this season,” said Sabel. “Given the level of performers we book and the fact that we only have a little over 500 seats, it can be difficult to get our prices low, even to break even. However, we’re introducing a significantly lower price for a limited number of seats to our higher ticketed shows that will be available on a first-come, first-serve basis. It’s a way for us to reward our local fans who act quickly and buy their seats early. We hope the community responds positively and takes advantage of this great opportunity.”

Beyond concerts, comedy and family, the Vilar Performing Arts Center continues its classical and dance tradition with international opera star Joyce DiDonato and internationally renowned Haifa Symphony Orchestra, direct from Israel. In addition to its more “traditional” dance shows with Alonzo King LINES Ballet and Parsons Dance, the VPAC also brings Les Ballets Trockadero de Monte Carlo to its stage this season, an all-male drag ballet company as technically talented as they are hilarious and entertaining.

In addition to the limited number of tickets available at higher priced shows this season, there are several additional shows priced below $50 this season. Details on these and all other performances are on sale now and available online at vilarpac.org, by phone at 970.845.TIXS or in person at the VPAC Box Office in Beaver Creek.