Vail’s Vonn claims win No. 80 as she rounds into top form for Pyeongchang Olympics next week 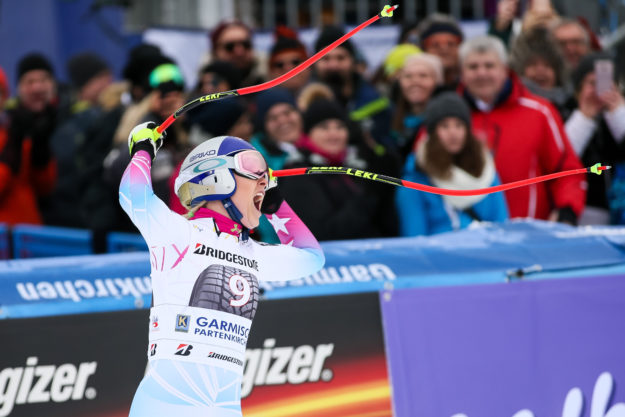 Vail’s Lindsey Vonn will head into next week’s 2018 Winter Olympic Games in Pyeongchang with a full head of steam as she won her third World Cup race of the season on Saturday — the women’s record 80th win of her storied career.

Vonn twice finished second on the Pyeongchang speed-event courses (downhill and super-G) last season, so her goal of another Olympic gold to match her 2010 Vancouver victory seems well within grasp after she missed the 2014 Sochi Games due to injury.

Here’s the full press release from the U.S. Ski and Snowboard Team:

Alice McKennis (Glenwood Springs, Colo.) was 17th; Stacey Cook (Mammoth Mountain, Calif.) was 22nd, and Alice Merryweather (Hingham, Mass.), who was just added to the U.S. Olympic Alpine Team Saturday, was 37th.  Jackie Wiles (Portland, Ore.) and Laurenne Ross (Bend, Ore.) both crashed. Ross did ski to the finish, however, Wiles was taken off the course in a sled and is being treated for a left leg injury. There is no confirmation yet on any impact to her Olympic Team status.

Up next, the women compete in another downhill Sunday in Garmisch-Partenkirchen, which is scheduled as a full-length downhill event.