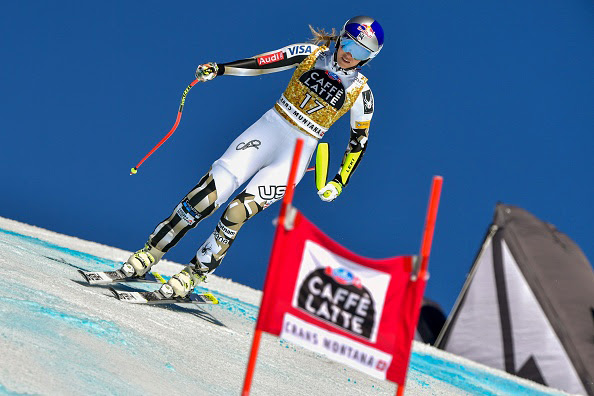 Vail’s Lindsey Vonn won’t race on Sunday after yet another World Cup super-G crash forced her to pull out of the alpine combined event in Crans-Montana, Switzerland, and Eagle-Vail’s Mikeala Shiffrin almost has to race Sunday to keep her overall World Cup lead from slipping away.

Slovenia’s Ilka Stuhec grabbed 100 points by winning Saturday’s super-G, and Shiffrin was the top American in 13th to earn 20 valuable speed-event points for the tech specialist. But speed specialist Stuhec is charging hard in the overall chase, trimming Shiffrin’s lead to 258 points.

Vonn crashed early in her run on the soft snow — a day after pulling out of a combined event on Friday due to poor course conditions and safety concerns. Shiffrin also pulled out of Friday’s race, and Stuhec finished second to lop 80 points off Shiffrin’s overall lead.

Shiffrin came into the weekend with a more than 400-point lead for her first overall title, and has since seen Stuhec cut into it by 160 points. Vonn, still recovering after nearly a year off due to knee and arm injuries, wasn’t able to keep Stuhec off the top podium step but doesn’t appear to be seriously injured after her fall.

Vonn finished a surprising fifth in the combined event at the World Alpine Ski Championships in St. Moritz earlier this month, and might have been able to do some damage on Sunday, but the crash and a case of food poisoning will sideline the Olympic gold medalist at least one event.

“Unfortunately after getting food poisoning and crashing today I don’t feel healthy enough to safely race tomorrow so I will not be starting,” Vonn tweeted on Saturday.

Shiffrin was glad to get a run of super-G in before Sunday’s combined event, in which she’ll be a heavy favorite in the slalom portion and just needs to hold her own in the super-G run.

“I feel really good on my skis,” Shiffrin said. “I didn’t feel like that run showed it. But I also felt like I had some reservations after seeing how it was (Friday) and I really wanted to ski the whole course and make it down and try to put a time in there. But I wasn’t totally sure how it was going to run. So having a run under my belt is really nice.”

Shiffrin says she can improve on Saturday’s super-G run.

“I’ll get the video and I’ll watch a lot and compare with Ilka, who has been skiing really well, and see the sections where I can charge a lot harder. I know there are a lot of sections where I need to attack more. So I’m excited for tomorrow,” Shiffrin said.

“A lot of it is about tactics and how comfortable they are sending a really tight line over terrain, over blind knolls and trusting their inspection. I feel like I have the instincts – I know where I’m supposed to be theoretically, but I’m not always able to actually get there. That’s part of learning and being able to ski super-G at high speed, versus just inspecting it and kind of theorizing about what it’s supposed to feel like.”

Shiffrin has never won a World Cup super-G or downhill, but she has scored more than 100 combined points in the two disciplines this season for the first time in her career.