Vail’s longest-tenured town manager, Stan Zemler, is stepping down in March, Town of Vail officials announced on Thursday. Here’s the official press release from the town: 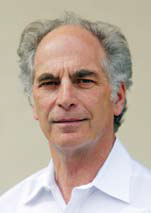 Vail Town Manager Stan Zemler has notified the Town Council and town staff of his intention to leave the organization effective March 31, 2017. Zemler has been Vail’s town manager since 2003 and is best known for his strong leadership skills as a consensus builder. He’ll continue to manage the town on a day-to-day basis over the next four months while assisting with the transition to a new town manager. A national search will begin immediately.

Zemler’s 13-year run as Vail’s town manager is the longest tenure of any of the town’s previous five managers. He’s credited with overseeing Vail’s expansive redevelopment, which includes public and private reinvestments of more than $2 billion, as well as astutely managing the town’s finances during the Great Recession in which Vail recovered more rapidly than any other mountain resort community.

Zemler made the announcement this morning. “There’s no perfect time to do this,” he said. “But upon reflection, this is a phenomenal organization with great community support and in good health financially. More importantly, this isn’t about me. We’ve succeeded because of the strength of this community as a whole.”

Mayor Dave Chapin says Zemler’s impact on the community will be felt for a long time. “I’ve had the opportunity to visit other resort towns and I can clearly say we have the most efficient and well-run organization in the mountains due to Stan’s leadership. He’s established a highly-professional staff that is capable of most anything and a way of doing business that is second to none.” In particular, Chapin says Zemler’s ability to help forge productive and timely strategies has been instrumental in maintaining the town’s leadership position as the premier international mountain resort community.

In addition, his formation of the Vail Economic Advisory Council and creation of the Economic Development Office in 2007 have been used to cultivate business relationships and strengthen the economy through an emphasis on special events and guest services. The addition of staffing in the Town of Vail Environmental Sustainability Office in 2008 has also been a significant milestone which has led to numerous initiatives including community wide recycling, promotion of reusable bags and a focus on stream health.

An investment in upgrades to town facilities has also occurred during Zemler’s tenure, including construction of the West Vail fire station, renovations to the Main Vail and East Vail fire stations, construction of the Lionshead Transit Center and Lionshead Welcome Center, plus remodel of the Vail Village Welcome Center and the Vail Public Library. In addition, following voter authorization, Zemler has been responsible for redirecting previously-collected conference center funds for improvements at Ford Park, Ford Amphitheater and a new Golf & Nordic Clubhouse.
Zemler has also been instrumental in organizing the I-70 Coalition to address congestion and other impacts along I-70. The coalition, formed in 2004, includes representation from 27 cities and counties along the corridor. He has also recently served as president of the Colorado Association of Ski Towns.

Zemler says serving as the town manager for Vail has been a privilege. “This place is incredibly special to me and I can’t say enough about the great people I have gotten to know throughout the community and the dedication of the town’s employees and elected officials.”

Other memorable accomplishments for Zemler have included Vail’s role in the celebrated 2015 Alpine World Ski Championships, Vail’s 50th anniversary and birthday gatherings, redevelopment of the eastern half of Timber Ridge and securing state funding for the new Vail I-70 underpass.

Given the timeline for Zemler’s departure, Chapin says the Town Council will have ample opportunity to create a process that will be used to select a successor. “Due to the high caliber of the management team and the commitment of all our employees, the community can rest assured that the town operations will run smoothly during the transition,” he said.