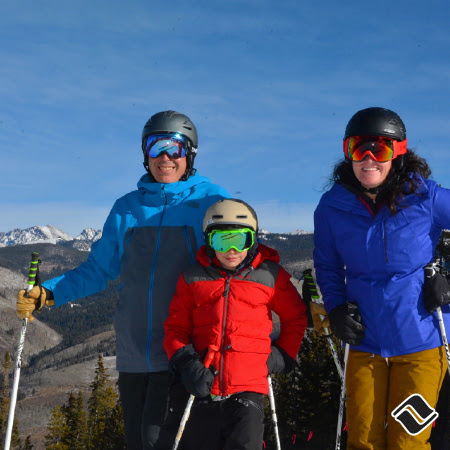 It’s been a slow start to ski season but still pretty fun. More snow is on the way for the weekend.

Vail has been dreaming, hoping and praying for a much whiter Christmas ever since opening day last month, but so far the snow gods have not smiled on the central Colorado Rockies. That appears to be changing just in time for the holidays.

“Monday, Tuesday, and Wednesday will be dry, then we’ll see 3-6+ inches of snow on Thursday with the possibility of soft turns lingering into Friday morning,” predicts Opensnow.com meteorologist Joel Gratz. “Then an Arctic cold front will bring snow from late Friday night through Saturday night, with very cold temperatures on Sunday and Monday.”

Gratz goes on to say the last 10 days of December look much more active and promising for consistent snowfall into the New Year. Let’s hope so, given that we are at least a couple of big storms away from opening the rest of Vail’s front side — let alone the Back Bowls.

In an interview with RealVail.com earlier this month, six-time Olympic medalist Bode Miller said ski businesses need to start reconsidering the start of ski season based on changing climate conditions.

“The selling time is getting compressed,” Miller said during an event at the Sonnenalp Hotel in Vail to promote his boutique Bomber Ski brand. “If your selling period is coming in before Christmas, you’re going to be left with shitloads of inventory and shops that can’t sell stuff, and that’s always a problem.”

Retired from racing with the most World Cup wins (33) and Olympic medals in U.S. ski-racing history, Miller is now an analyst with NBC, which will televise the 2018 Pyeongchang Winter Olympics in South Korea Feb. 9-25. Miller spoke out on a number of topics during a wide-ranging interview with RealVail.com that ran in the Colorado Spring Gazette.

Auden Schendler, vice president of sustainability at Aspen Skiing Company, says the push by Colorado ski areas to open before Thanksgiving — or in some cases by Halloween — does not make sense.

“I think if someone like us said, ‘Hey, we’re going to open Dec. 1 because Thanksgiving doesn’t make any sense,’ and what you do to do that is you cause all kinds of headaches. You hire people and then can’t put them on the hill and you spend a lot of time and energy making snow,” Schendler said.

“So change that calendar. That’s not the end of the world,” he added. “It would be the kind of decision that makes the business run better, and you’d create a new norm. The sky isn’t falling. You’re just being smart.”

“But looking around this Thanksgiving and watching guests walking around and not much to do, we really – as a council and as a business community – need to think about providing more year-round authentic guest experiences so that we’re not just a ski resort but we’re a mountain resort where people can still come to rejuvenate and get outside in nature and the mountains but there are year-round things that they can do.”

That’s probably not what a lot of diehard snow riders want to hear, but lately November has been a better mountain biking month than start of the ski season. Hopefully, new snow in Vail this week will make the rest of December more memorable, and then ring in the New Year in style.