Opening day Friday, Nov. 21 is just around the corner at Vail Mountain,, and the resort announced Monday the entertainment for the signature early-season celebration, Vail Snow Daze. This year the resort’s annual festival to kick off the winter season will take place over two weekends, Dec. 12-14 and 19-21, and the lineup will include free concerts from Lukas Nelson and The Wallflowers on Saturday, Dec. 13, and 10,000 Maniacs and Rusted Root on Saturday, Dec. 20. 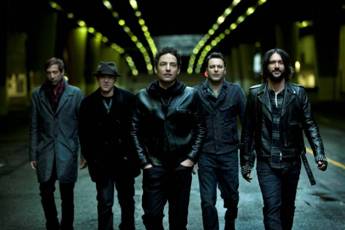 “We’re thrilled to announce the entertainment lineup for Vail Snow Daze and get our guests as eager about the start of the 2014-2015 winter season as we are,” said Davy Ratchford, director of marketing at Vail Mountain. “Early season is such a great time to visit the resort. There is a palpable energy in the air when guests return to Vail and get back on the snow for the first time, and what better way to celebrate the kick-off of winter than with free concerts at Vail Snow Daze.”

On Saturday, Dec. 13 Bud Light presents Lukas Nelson and The Wallflowers at Solaris in the heart of Vail Village. Lukas Nelson, American rocker and son of Willie Nelson, and his band P.O.T.R. (Promise of the Real) will get the show started. Nelson and his band have played with the likes of Neil Young, John Fogerty, Bob Weir, B.B. King, and Bob Dylan.

The Wallflowers will close out the first evening of free concerts at Vail Snow Daze. Fronted by co-founder Jakob Dylan, the Los Angeles-based alternative rock band are now in their 25th year. Over the course of their career The Wallflowers have released six studio albums including hits such as “One Headlight” and “6th Avenue Heartache,” sold more than seven million records worldwide, and have taken home several Grammys.

The powerhouse ensemble, Rusted Root, will cap off the Snow Daze celebration with a sweat-inducing and hypnotic live performance. With eight albums under their belt, over three million records sold worldwide and countless nights on the road, Rusted Root transcends age, generations, cultures and musical styles. The band has played and toured alongside Santana, Dave Matthews Band, The Allman Brothers Band, and The Grateful Dead to name a few.

All Vail Snow Daze concerts are free of charge and will be held at Solaris in the heart of Vail Village. Doors open at 5 p.m. and shows start at 5:30 p.m. each night. The schedule of activities for Vail Snow Daze 2015 will also include the return of the sponsor expo village and gear demos at the base of Gondola One, as well as après and after-dark parties in the Town of Vail.