Vail Resorts, announced on Wednesday that it has submitted a proposal to expand Vail Mountain’s race and training terrain at Golden Peak.

The proposal, which is subject to U.S. Forest Service approval, includes increasing the size of Vail Mountain’s operational boundary by 68 acres to allow for approximately 41 acres of additional trails, three surface lifts and new snowmaking infrastructure. With these improvements, 760 vertical feet would be added to the venue, providing 1,570 vertical feet of racing and training terrain across approximately 68 acres. 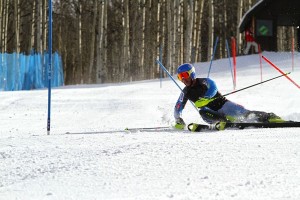 “Since Vail’s inception in 1962, ski racing has been a part of its heritage, and our partnership with Ski and Snowboard Club Vail in the development of future generations of athletes dates to the beginning of the resort as well,” said Chris Jarnot, senior vice president and chief operating officer of Vail Mountain.

“With the Club’s incredible recent performance, including athletes participating at the Sochi Olympics and being recognized as the U.S. Ski and Snowboard Association’soverallClub of the Year this season along with four of the five individual program Club of the Year honors for alpine, snowboarding, freestyle and freeskiing amongst other awards, there has never been a better time to expand our partnership by requesting approval from the USFS for the expansion and donating our land to allow the clubhouse upgrade to move forward.”

In addition to pursuing the terrain expansion, Vail Resorts is donating a more than 11,000-square-foot parcel of land to Ski & Snowboard Club Vail. Pending Town of Vail approvals, the club plans to redevelop its clubhouse, office and training facility to better serve its 600 athletes. The donated land, which surrounds three sides of the existing club building, will allow the club to upgrade, enlarge and modernize its existing facility and will also improve traffic circulation. If Town approvals are received reasonably soon, construction could potentially commence as early as this fall.

“Our current facility is severely lacking in parking and other operational space. An expanded facility will help us better serve and develop our existing club members as many of them continue to walk onto the global ski and snowboard stage,” said Aldo Radamus, executive director of Ski and Snowboard Club Vail. “The success of Ski and Snowboard Club Vail is just as dependent on the support of Vail Resorts and contributions of Vail Mountain as it is of our community and key stakeholders, and we could not be more grateful for this contribution to the future of the club.”