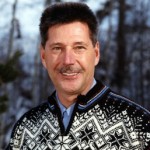 “Blaise has been one of the most transformative leaders we have ever had at Vail Resorts, spearheading our efforts to align our mountain resorts and establish best practices across guest service, safety and operations,” said Rob Katz, chairman and chief executive officer of Vail Resorts. “Blaise has brought a unique combination of deep industry experience, strategic vision, financial discipline and an incredible drive with everything he took on at the company. While I understand his desire to take steps toward his retirement and will miss his engagement as president, I am very pleased that he has agreed to stay on as an advisor to the entire mountain division.”

Campbell, 51, has been the chief operating officer for Breckenridge Ski Resort since 2009 and has also had oversight responsibility of Keystone Resort since 2011. Prior to her current role, Campbell was chief operating officer of Keystone Resort for three years. Campbell joined Vail Resorts in 1999 as director of ski school at Breckenridge and prior to that held leadership positions at Grand Targhee Resort and Jackson Hole Mountain Resort, where she started her career in 1985 as a ski instructor.

“I am very excited to announce that Pat will become president of the mountain division, ensuring a smooth transition and a continuation of great leadership,” said Katz. “Pat has an incredible track record of success at numerous resorts and in a variety of management positions and has been a critical leader on our company’s senior executive committee for more than eight years. She brings a deep understanding of mountain resort operations and the ability to drive both the guest experience and business success. I am confident that Pat will build on all of our recent success and continue to elevate the performance of our mountain division and the incredible team we have at our 11 world-class resorts.”

“I’m thrilled for both John and Mike and that the company can provide these opportunities for two strong leaders,” said Blaise Carrig. “They each bring a long track record of operations and guest service experience to their new positions and I’m confident that they will help ensure the continued success of Breckenridge and Keystone in the future.”

Buhler began his tenure with Vail Resorts in 1994 at the Breckenridge Ski Resort as ski school manager and was quickly promoted to ski school assistant director in 1996, director of the ski school in 2000 and then the director of skier services in 2007. He became vice president and general manager of Keystone Resort in 2010 and then vice president and chief operating officer of Keystone in 2013. Buhler began his career in the ski industry at Mountain High and Bear Mountain resorts in California.

Goar began his career at Sunrise Ski Resort in the White Mountains of Arizona. He has 38 years of ski resort industry experience, including 27 years at Solitude Mountain Resort where, as the executive vice president and general manager, he oversaw the master planning, entitlement and development of the resort and the alpine village. Over his past seven years at Canyons, Goar directed $37 million in on-mountain capital improvements, which included new lifts, snowmaking, restaurants and ski terrain.