The Vail Town Council has selected Greg Clifton, the current municipal manager of Telluride, to become Vail’s new town manager. Clifton’s appointment will be formalized by the Town Council at an upcoming evening meeting with approval of an employment contract.  Clifton will spend time transitioning between Telluride and Vail beginning Sept. 1 and begins full-time with Vail on Sept. 25. 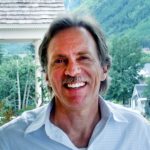 With 20-plus years of public sector experience, Clifton’s management style is described as results-oriented with an emphasis on collaboration. He’s also known for being resourceful and visionary with a strong work ethic and a sense of humor.

During his seven-year tenure at Telluride, Clifton led numerous projects and topics familiar to Vail. These include helping to form a voter-approved Regional Transportation Authority, instituting a parking enterprise fund for an underground parking structure and future parking improvements, forging an intergovernmental partnership to successfully fund a highway roundabout, initiating a Main Street Task Force to enhance Telluride’s commercial core, assisting in logistics planning for iconic events and leading several environmental sustainability programs, including his leadership and service on the Colorado Communities for Climate Action, a statewide organization of local governments advocating for policies and programs to protect Colorado’s climate.

With an annual budget of $31 million, Clifton has managed large projects in Telluride including an $18.5 million water collection and treatment plant as well as workforce housing projects and numerous park amenities including a new pool, stage and enclosed pavilion in partnership with the Telluride Film Festival.

Internally, Clifton is credited with helping to cultivate a high-performing organization with 78 full-time and 43 seasonal employees. He’s also overseen the issuance of municipal bonds while reducing the overall debut. Telluride’s sound fiscal policies have resulted in a distinguished budget award presented by the Government Finance Officers Association.

Clifton says he’s elated to have been selected as Vail’s new manager. “It is with great honor and a lot of excitement that I look forward to making the move to Vail and serving the community there,” he said. “After a very thorough recruitment process, and now with some familiarity of the projects, the programs and the strategic plans (there was a lot of homework!), I can’t wait to contribute and help the organization with its many achievements. “

As Vail’s seventh town manager since Vail’s incorporation in 1966, Clifton will oversee a $65 million budget and over 300 full-time equivalent employees.

Vail Mayor Dave Chapin says Clifton brings a wealth of experience to the job and is prepared to hit the ground running. “We were impressed by his familiarity of the challenges and opportunities that await us and more importantly, we found him to be a great fit for where we are and where we’re headed. “ In particular, Chapin cites the following attributes:

“We couldn’t be more pleased to have selected Greg given his background and experience,” Chapin said.

Prior to his tenure in Telluride, Clifton served as municipal manager for nearby Ridgway from 2001 to 2010. His entry into public service began in 1994 when he was hired as assistant attorney for the city of Montrose where he would later serve concurrently as interim manager for Montrose and Ridgway for a brief period after serving as municipal attorney for Montrose from 1994 to 2003.

With a law degree from the University of Denver and a master’s degree from the University of Colorado Graduate School of Public Affairs, Clifton has spent his entire career on the Western Slope. “It goes without saying that leaving the Telluride community is not easy,” he said.  “The profound sadness that comes with saying goodbye to so many friends and leaving an organization with which I have served for many years can only be outweighed by the wonderful opportunity that lies ahead in Vail.  I am so grateful.  My spouse and I feel truly fortunate and are looking forward to being a part of your lovely community.”

Clifton was selected during a national search process that began earlier in the year following the resignation of Stan Zemler. A community welcome reception for Clifton and his family, which includes wife Tammy, their daughter Emily, who works in Vail and lives in Avon, and son Travis, will be scheduled this fall.

A community welcome reception for Clifton and his family, which includes wife Tammy and their daughter, who lives in Avon, will be scheduled this fall.

During the interim, Patty McKenny will continue to serve as acting town manager and will transition to her town clerk role upon Clifton’s arrival. Mayor Chapin says McKenny and the entire town staff have worked tirelessly to keep the town running smoothly.