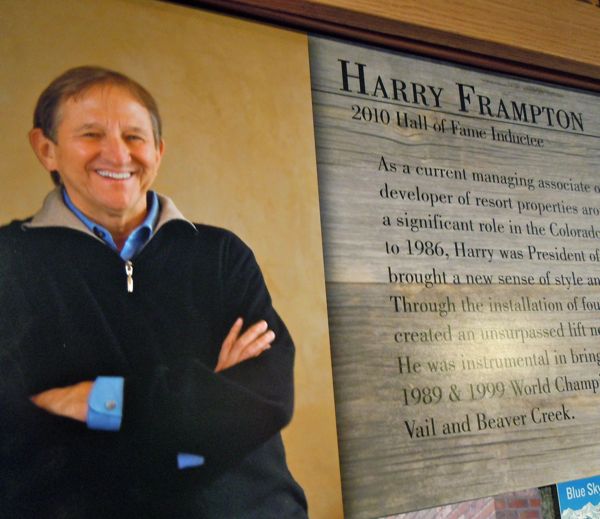 Harry Frampton, the Vail-based developer whose company revamped Denver’s iconic Union Station, is a skeptic when it comes to the concept of passenger rail connecting Colorado’s Front Range cities to the state’s mountain resorts.

Frampton doubts funding can be found either for a new rail line along the congested Interstate 70 corridor into the mountains or for a revived ski train along existing rail lines in the mountains, pointing out that even Denver billionaire Phil Anschutz couldn’t make the Winter Park Ski Train work, selling it in 2009.

And Frampton says that even a successful Colorado bid for the Winter Olympics likely wouldn’t provide the impetus for fixing the I-70 bottleneck that’s been particularly bad this ski season.

“I doubt that people in Colorado and the U.S. have the willingness to invest the amount of money that would be required to six-lane [I-70] or put in a train,” Frampton said. “It’s a staggering amount of money, and my guess is that the political will, for the lack of a better word, is not there to do that.”

By comparison, the short, 30-mile rail line between the “Coastal Cluster” along the Black Sea at the 2014 Sochi Winter Olympics and the “Mountain Cluster” at Krasnaya Polyana reportedly cost nearly $9 billion.

Frampton, who attended the Sochi Games, said that proximity to the mountains – just a half-hour train ride away –made Sochi the best Olympic Games he’s ever been to.

“You could easily get up to the Mountain Cluster and then you could get back down to the Coastal Cluster, and that was a unique aspect,” Frampton said. “If we ended up getting [the Olympics in Colorado], it would be more like Vancouver in that you wouldn’t have the interconnectivity of the two villages, which was what was so nice about Russia. It was so close.”

At the 2010 Vancouver Olympics it was 78 miles between the city and mountain venues in Whistler, and the Sea-to-Sky Highway was shut down to private vehicle traffic. Train service between Vancouver and Whistler was shut down several years before the Olympics.

Vail and Beaver Creek are a little over 100 miles from Denver, also with no trains, and that distance between the mountains and the city was one of the drawbacks when Denver was awarded the Olympics in 1976 only to see voters later reject taxpayer funding and give the Games back to the International Olympic Committee.

Former Colorado Gov. Dick Lamm, who led the charge to reject the 1976 Olympics, recently said he might support a future Colorado Olympic bid if it’s a means of providing an I-70 rail fix. But Frampton doesn’t see that happening, and instead suggests Colorado could find other ways to successfully host the Games.

“That’s a little bit of a weakness, but we have a lot of great strengths, too,” Frampton said. “There’s no such thing as a perfect Olympic site, but what we’ve got is a great culture of sports, dramatic mountains and great snow, and we’d have to devise an Olympics based on those assets. We can do that.”

Frampton says he’s been to five Summer and Winter Olympics, including highly acclaimed Games in Los Angeles in 1984, Beijing in 2008 and Salt Lake City in 2002, and it’s really no contest: Sochi was “the best of the five.”

“Maybe it was because Sochi was a little bit more of an adventure for me and I’ve been to Salt Lake many times, but I thought [Sochi] was better,” Frampton said. “I thought Salt Lake was terrific, but the newness of all the facilities [in Sochi], the transportation was extraordinary and easy, and the venues and the volunteers were fabulous.”

As chairman of the board of the Vail Valley Foundation, which in less than a year will host the Vail Valley’s third World Alpine Ski Championships, Frampton went to Russia to see what worked and what didn’t last month. Most everything worked very well, said Frampton, who’s also president and CEO of East West Partners, a leading national resort development company.

“What’s amazing to me and different from all the other Olympics is they built it all from scratch,” said Frampton, who was inducted into the Colorado Ski and Snowboard Museum Hall of Fame in 2010. “I have to admit I went over there putting on my developer hat. I wore it to get some comprehension of how they could do it all. It’s like building Vail in three years.”

Frampton was president of Vail Associates from 1982 to 1986 when Beaver Creek was brand-new and struggling to get traction in a brutal regional recession. He formed East West and a real estate firm that later became Slifer Smith & Frampton and helped propel the fledgling ski area – originally conceived as a venue for the 1976 Denver Olympics — to world-class resort status.

“A lot of people live in Russia and they’re starting to make more money and become more connected,” Frampton said. “They don’t have a big summer and winter resort there, and I would think that [Sochi] has the potential to be extraordinarily successful as a primarily Russian resort.”

A member in 2011 of the Denver Exploratory Committee for the 2022 Winter Olympics, which the United States Olympic Committee later ultimately decided not to pursue, Frampton left Sochi even more convinced Colorado should someday host the Games.

“There’s no question that Colorado could put on a great event,” Frampton said. “It would be different than what they did in Russia, there’s no question about that, but I came away from [Sochi] hoping even more that the USOC would sometime in the near future decide to start again with the Winter Olympics and that Colorado would be able to be the winner of that process.”

The USOC appears to be more focused on a 2024 Summer Games bid in the United States than the 2026 Winter Games, but Frampton is convinced Colorado “would be simply extraordinary” as an Olympic venue. “We’ve got a long history of building resorts and they’re beautiful and we’ve got great weather and snow.”