Mitsch Bush resigned her House District 26 seat, which includes Eagle and Routt counties, to seek the Democratic nomination to run against Republican U.S. Rep. Scott Tipton for the 3rd Congressional District, which includes most of the Western Slope.

Roberts will have to run for the HD26 seat in November of 2018. Here’s the press release from the House Democrats:

Dylan Roberts was elected Saturday by a vacancy committee to become the next representative of House District 26. He will succeed Rep. Diane Mitsch Bush, D-Steamboat Springs, whose resignation becomes effective Nov. 2. 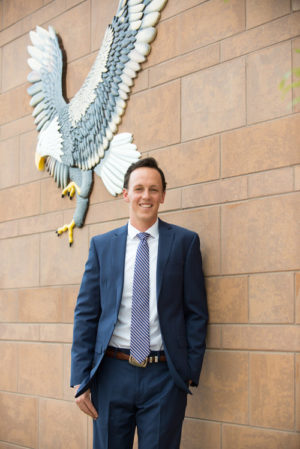 “I am humbled by this responsibility and look forward to serving the people of Eagle County and Routt County as their state representative,” said Rep.-elect Roberts. “House District 26 is comprised of the county where I grew up as well as the county where I live now. It will be a tremendous honor to serve this district in Denver.”

Rep.-elect Roberts grew up in Steamboat Springs. He now lives in Eagle and works as a deputy district attorney in Eagle County. He has a law degree from the University of Colorado and a bachelor’s degree from Boston College.

“It will be a pleasure to welcome Dylan to the House of Representatives,” said Speaker Crisanta Duran. “I know he will be an effective voice for his constituents in Eagle and Routt counties.”