U.S. Olympic Committee (USOC) officials were in Denver on Tuesday meeting with Denver Olympic exploratory committee members about the possibility of Colorado hosting the Winter Games in 2030 or beyond. 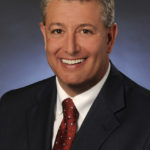 The visit comes a day after the Reno-Tahoe Winter Games Coalition withdrew the California-Nevada cities from consideration for the 2030 Winter Games, leaving just Denver and Salt Lake City among the two possible U.S. candidates.

“The United States Olympic Committee (USOC) is working to identify a host partner for a future Winter Games in 2030 or beyond, and we met with USOC members in Denver today as part of a site visit,” Cohen said in a prepared statement.

“The meeting gave us an opportunity to share our vision for how we could host a world-class, privately funded Winter Games in our state, as well as to share comprehensive operational and financial details that were included in the Denver and Colorado Olympic and Paralympic Exploratory Committee Final Report released this past summer,” Cohen added.

That report is available online at https://www.denver.org/explore-the-games/final-report/.

Reno-Tahoe reportedly pulled out of consideration due in part to Los Angeles hosting the 2028 Summer Olympics and therefore holding exclusive marketing rights from 2019 up through 2028. That would leave a compressed two-year window to market the 2030 Winter Olympics, and that shorter window made the Games economically unfeasible for Reno-Tahoe, officials said.

The USOC, based in Colorado Springs, is expected by the end of the year to decide between Salt Lake City, which last hosted the Winter Games in 2002, and Denver, which was awarded the 1976 Winter Olympics, only to have voters reject public funding for financial and environmental reasons. If chosen, a statewide referendum in Colorado would be held no later than 2020.

Newly elected Colorado Gov. Jared Polis, a Democratic congressman who has represented much of the state’s ski resort region for the past 10 years, appears supportive of the state hosting a future Winter Olympics.

“The Winter Olympics is an opportunity for all us to be proud — and we have a lot to cheer for with 36 Colorado athletes representing our state and our country in South Korea,” Polis said ahead of Pyeongchang Winter Games earlier this year.

“I don’t think it’s a coincidence that so many Olympians come from our state,” Polis added. “Our majestic outdoor spaces don’t just power our local economies and sustain hundreds of thousands of Colorado jobs — they also encourage athletic activity and make for exceptional Olympian training grounds.”

Beaver Creek was conceived as a venue for the 1976 Denver Winter Olympics, but Colorado became the first venue to ever be awarded the Games and then reject them after a public vote. There remain a number of serious environmental and logistical concerns associated with hosting the Winter Olympics.