It shouldn’t be a surprise to anyone paying attention to the bidding process for future Winter Olympic Games that United States Olympic Committee officials on Friday ruled out going for the next available Games in 2026.

Back in December, USOC CEO Scott Blackmun told reporters his organization was leaning toward bidding for 2030. USOC chairman Larry Probst, speaking Friday at the Pyeongchang Games currently underway in South Korea, ruled out the possibility of a 2026 bid because of financial complications ahead of the 2028 Los Angeles Summer Olympics. 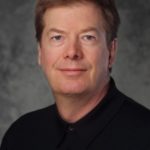 “We don’t currently have any plans to bid for 2026 and will keep our options open for 2030,” Probst said Friday at a press conference in Pyeongchang. “It would make things extremely complicated from a financial standpoint with the Los Angeles 2028 Olympic Games.”

That prompted a statement from Ramonna Robinson, a spokeswoman for the Denver and Colorado Olympic exploratory committee:

“Denver and Colorado’s exploratory process has been proceeding under a compressed timeline in order to be prepared if the U.S. Olympic Committee (USOC) decided to pursue a bid for the 2026 Winter Games. The USOC has stated publicly that if the U.S. pursues a Winter Games bid, they would prefer to bid on the 2030 Winter Games. The USOC has also stated that if the International Olympic Committee (IOC) is interested in pursuing a dual bid for 2026 and 2030 they would be willing to engage in that discussion.

“The work the Exploratory Committee has been conducting needs to be done in order to determine if Denver and Colorado should pursue a bid for a future Olympic and Paralympic Winter Games, regardless of whether that is in 2026, 2030 or 2034.

“The Exploratory Committee will continue its dialogue with the USOC and IOC to determine relevant timelines and adjust accordingly, as necessary. The Community and Civic Engagement Subcommittee is in the midst of a robust community engagement process, and that will continue as planned.”

Denver, Reno-Tahoe and Salt Lake City have expressed interest in either 2026 or 2030, although there’s a March 31 deadline to put forth a bid city for the 2026 Games. Beijing, China, will host the 2022 Winter Olympics, and Paris is set to host the 2024 Summer Olympics.

Denver’s exploratory committee is made up of Vail Resorts’ executives, state business leaders, politicians, celebrities and athletes. Denver was awarded the 1976 Winter Olympics but voters rejected those Games over financing issues, becoming the only city to ever give back the Games.

This time around, backers are seeking private financing for the Games.

U.S. Rep. Jared Polis, the million entrepreneur congressman from Boulder who represents a large swath of Colorado’s ski country and is running for governor, put out this statement during the opening ceremonies for the Pyeongchang Games — clearly indicating his support for both the Olympics and wilderness areas: 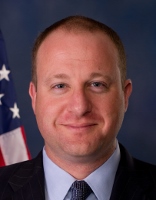 “The Winter Olympics is an opportunity for all us to be proud — and we have a lot to cheer for with 36 Colorado athletes representing our state and our country in South Korea.

“I don’t know about you, but I don’t think it’s a coincidence that so many Olympians come from our state. Our majestic outdoor spaces don’t just power our local economies and sustain hundreds of thousands of Colorado jobs — they also encourage athletic activity and make for exceptional Olympian training grounds.

Our great state’s beautiful natural spaces are essential to our local Coloradan Olympians, but they’re important to all of us. Tell me about your favorite nature spot in our great state and why you want to see it protected.

“My Keep Colorado Wild plan will protect our public lands, grow our outdoor recreation economy, and conserve Colorado’s water. As governor, I will fight to make sure we keep our outdoor areas in public hands and make sure Donald Trump doesn’t sell them off to the highest bidder.

“When you’re cheering for our hometown heroes competing in Pyeongchang, remember that one of the best way to support them and future generations of American Olympians is by preserving our natural landscapes that encourage everyone to develop a love for the outdoors and for sports.

“Whether it’s because you’re training for the 2022 Olympics or just because you love the outdoors, we all have a favorite place in Colorado’s beautiful outdoor spaces. Tell me about yours now — I’ll share back a few of my favorite stories in an upcoming email.

“Go Team USA! And thanks for your support.”