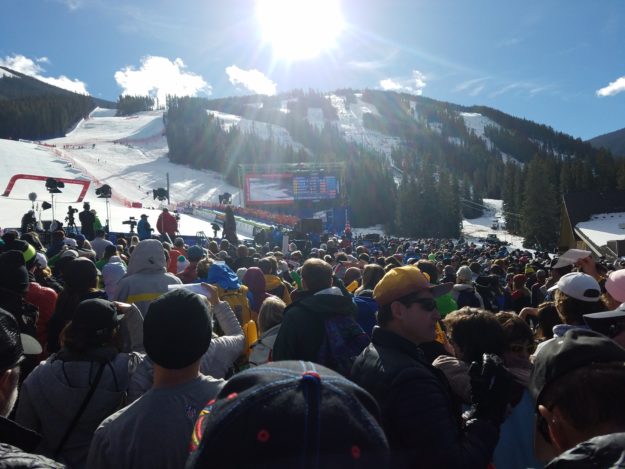 In a conference call with reporters on Friday, United States Olympic Committee CEO Scott Blackmun said the Colorado Springs-based organization is leaning more toward a bid for the 2030 Winter Games as opposed to 2026. After Pyeongchang, South Korea, in February, Beijing hosts the next winter Olympics in 2022 — becoming the first city to ever host both Winter and Summit Olympic Games (2008).

“We’re very interested in bringing the [Winter] Games back to the U.S.,” Blackmun said Friday. “There are some significant challenges associated with doing that in 2026, so in all candor we’re leaning more in the 2030 direction. But we haven’t made any formal decisions.”

While Blackmun didn’t specify, a couple of the challenges associated with a 2026 bid by Denver or any other U.S. city or state is that the deadline is March 31, and Los Angeles will host the 2028 Summer Olympics, giving it marketing supremacy over the Winter Games two years earlier.

“We have encouraged the three cities from the U.S. that are interested in potentially hosting – Reno-Tahoe, Salt Lake City and Denver – to be in a dialogue with the [International Olympic Committee], and that is happening,” Blackmun said. “So, we’re very excited about the prospects of hosting, but nothing tangible to report in the way of timing.”

Salt Lake City, Utah hosted the last Winter Games held in the U.S. in 2002, and Denver remains the only city to ever reject the Olympics after landing the 1976 Games from the IOC only to have voters later reject funding them after an anti-Olympic movement spearheaded by then state legislator and later Gov. Dick Lamm. Beaver Creek was planned and envisioned as an Olympic venue for those Games and now hosts annual World Cup ski races.

Lamm has since said he wouldn’t be opposed to the Olympics in Colorado, as long as they are cost-effective and come with a fix for the Interstate 70 bottleneck between the Front Range and the mountains.

The $50-billion price tag of the Sochi Winter Olympics in 2014 scared off so many bidders for the 2022 Games that the IOC awarded them to China but also adopted the Olympic Agenda 2020 plan to encourage downsizing, reusing venues and even multi-city bids.

Asked about a U.S. bid for either 2026 or 2030 that could combine two of the potential bid cities or possibly even three, Blackmun said that’s not really on the USOC radar.

“That is not a thought at this point,” Blackmun said. “We have not discussed that, although the IOC has been pretty clear that it is very open-minded about having multiple cities host. It’s a little bit different thing to have multiple cities from one country competing to host, and that’s not something we’ve talked with them about.”