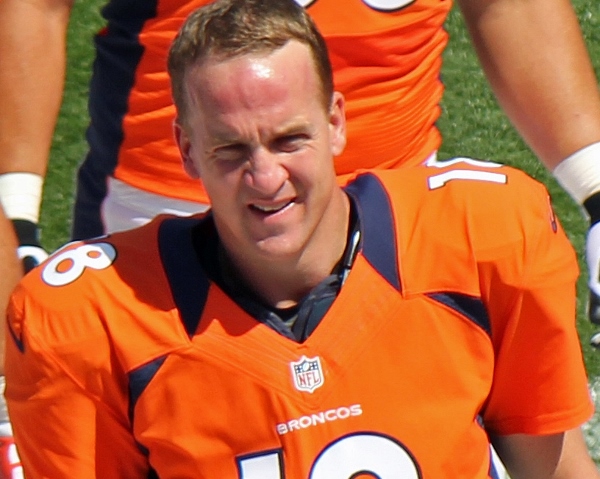 Peyton Manning has pretty much made me look like a sports-prognosticating idiot this season, and I have to say, I couldn’t be happier.

All the way back in November, when Manning and the Denver Broncos beat the previously undefeated Kansas City Chiefs to get the inside track on winning the AFC West, I wrote that the Broncos were still likely headed for a wildcard playoff berth and an arduous road to the Super Bowl.

Maybe it would be better, I opined, if Denver dialed back its championship expectations and set its sights on sunny, suburban Glendale, Ariz., site of the 2015 Super Bowl. Because, in my mind, Manning had proven he could not win a big game outside in the elements when he and the Broncos gagged in the playoffs last season against the Baltimore Ravens.

Then Manning went out and proved all of his critics wrong by throwing it all over the field in a freezing game at Mile High against the Titans and by beating the San Diego Chargers in the playoffs in an intensely windy game.

The team won the division and earned home-field advantage throughout the playoffs, which proved invaluable against the New England Patriots in the AFC Championship game, a balmy contest in which Tom Brady was ice-cold.

All the talking heads saying Seattle has an advantage if it’s super-windy, cold and even snowy in New Jersey on Sunday didn’t watch either the Tennessee game or the divisional playoff game against San Diego.

My biggest argument against Manning pushing so hard for his second Super Bowl win in his little brother Eli “Brady Killer” Manning’s home stadium was that if for some reason Peyton was able to survive the elements and come away with a win, he would likely retire and the Broncos would be right back where they were after John Elway called it quits. Fifteen years of futility and watching guys like Jay Cutler and Jake Plummer come up short.

I want the Peyton Manning show to go on forever, and then this week he said he would be coming back, even if the Broncos win their Super Bowl and Manning gets his second ring, making him the first quarterback in league history to win titles with two different teams.

Other than predicting Denver would likely play Seattle in the big game, I got nothing right in that November column, and I’m so happy I was so wrong. As for Super Bowl predictions, I’ll leave that up to other people, like former CU Buff Jeremy Bloom.

Check out the two-time mogul-skiing Olympians’ thoughts on Sunday’s game in an article I wrote for my latest web project, Rocky Mountain Post. He also talks about his own brief NFL career (and lack of regrets), as well as the Broncos’ acquisition of key slot receiver Wes Welker this season.

Former world champion mogul skier Bloom is headed to the Sochi Winter Olympics next month for his third stint as a broadcaster at the Games. He talks about the evolution of mogul skiing and who to watch for in Sochi in my latest Olympic series installment for the Vail Daily.

I’ve been having a blast delving into Colorado’s Winter Olympics history for the Colorado Ski and Snowboard Museum Hall of Fame, which, if you’ve never been there, is on the third level of the Vail Village parking structure. Go in and see what they’ve done with the place lately. It’s awesome.

Call 970-476-1876 or go to www.skimuseum.net for more info on the Ski Museum, and check out Rocky Mountain Post for more of my erroneous pontification on the Colorado sports scene.