At its closest point, Vail is more than 650 miles from the Mexican border, but ripple effects from the chaos over family separations and the Trump administration’s zero-tolerance immigration policy were felt all the way in Eagle County last week.

Policymakers, immigration experts and candidates for Congress reacted with dismay at the hardline policies being enforced by U.S. Attorney General Jeff Sessions and the Department of Homeland Security – policies that have led to scenes of very young children separated from their parents at the border and placed into detention facilities around the country. 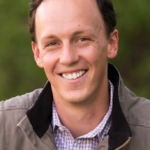 “This is just another example of the Trump administration being all over the place when it comes to immigration law,” said state Rep. Dylan Roberts of Eagle, who is also a local deputy district attorney. “There is no clear policy for enforcement and that is leaving families here in Eagle County in constant fear and continues to deter people from reporting crime in our community.

“Further, it is putting local law enforcement in the position of potentially working with ICE [U.S. Immigration and Customs Enforcement], which in my legal and political opinion, is against the law.”

Roberts, who represents Eagle and Routt counties in the state legislature and is running for the seat again in November, acknowledges the heated debate is one that needs to be resolved at the federal level, but he said the ongoing uncertainty is having a huge impact in his district.

“We have not heard of any of our clients that have been impacted by separation of children and parents,” said Marian McDonough, regional director for Catholic Charities, Western Slope. “That’s not to say they aren’t out there, just that we have not heard directly.”

While the new policies may not be directly impacting immigrant families in Eagle County, many of whom have been living and working in the community for years, the administration’s tougher stance on enforcement and issues like Deferred Action for Childhood Arrivals (DACA) have created a general sense of anxiety.

“Immigrants up here are very concerned about the future of DACA and the enforcement priorities for Homeland Security [DHS],” McDonough said. “On the Western Slope, those issues have the potential to separate families and create a financial crisis. However, we don’t want to create anxiety when at this time nothing has directly changed.”

Roberts says that’s exactly why the U.S. Congress needs to deal with these issues immediately.

“All of this just further illustrates Congress’s inability to do anything constructive,” Roberts said. “I hope [U.S.] Rep. Scott Tipton and his [Republican] party, which controls Congress, would work with Democrats and the president and pass comprehensive immigration reform — that would have major positive impacts for our community.”

In fact, Coffman went so far as to call the new Trump administration policies “a terrible mistake” and demanded the firing of top Trump immigration advisor Stephen Miller. Coffman has been pushing hard for a DACA solution and indicated he would support a compromise immigration bill that includes a DACA fix, but that vote has been postponed until sometime this week.

Don’t bother, President Donald Trump tweeted Friday morning: “Republicans should stop wasting their time on Immigration until after we elect more Senators and Congressmen/women in November. Dems are just playing games, have no intention of doing anything to solves [sic] this decades old problem. We can pass great legislation after the Red Wave!”

Trump over the weekend continued to take a hardline stance, insisting illegal immigrants should be sent back without any due legal process and tweeting “we cannot allow all of these people to invade our country.”

In a pair of tweets on Wednesday, before Trump temporarily backed off the family separation policy with an executive order, Colorado’s Tipton voiced his disapproval of the policy.

“I believe in border security and support a zero-tolerance policy on illegal immigration, but I do not support separating children from their parents at the border,” Tipton said, adding he joined several colleagues in sending a letter to that effect to DHS, requesting more information. “The Administration should take action to allow families to remain together while the parents’ cases are decided.”

That prompted this statement the same day from Karl Hanlon, a Glenwood Spring municipal and water attorney from Carbondale seeking the Democratic nomination to challenge Tipton in November:

“Scott Tipton, after nearly two weeks of watching and doing nothing is finally reversing course on the humanitarian crisis taking place on our southern border,” Hanlon said, referring to Tipton’s previous stance in a June 6 Pueblo Chieftain story. “Unfortunately, in true Tipton fashion, he’s barely able to do the right thing.

“Congressman, we don’t need your disapproval or more information. This is one of the moral issues of our time and you’ve failed yet again. In Washington, I’ll stand up to Donald Trump and fight for change because that’s what Colorado deserves.”

“Both Trump’s executive order and Tipton’s letter to DHS are publicity stunts,” Mitsch Bush said. “Neither will fix this appalling situation. We need real action and I implore both Tipton and all representatives around the country to support S3036 (pdf) – Keep Families Together Act — a bill that actually makes this barbaric practice illegal.”

Both Tipton’s campaign spokesman and his congressional office spokeswoman did not return emails requesting further comment.