Browns Canyon, Chimney Rock, Canyons of the Ancients might be opened up for mining, oil and gas drilling 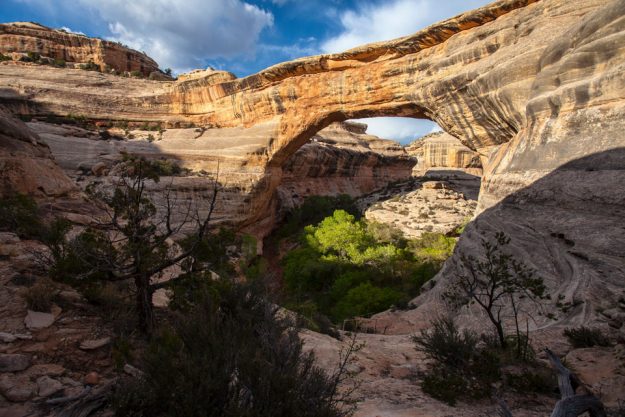 Natural Bridges National Monument could see less federal protection and be impacted by nearby oil and gas drilling under a new executive action by President Donald Trump.

President Donald Trump on Wednesday signed an executive order that requires a review of national parks and monuments that have been protected by presidents using executive action under the Antiquities Act since 1996.

In Colorado, that means three national monuments could have federal protections removed or possibly lose some acreage to state control for mining, oil and gas drilling or other extractive uses : Browns Canyon near Salida (designated in 2015), Chimney Rock near Pagosa Springs (designated in 2012), and Canyons of the Ancients near Cortez (designated in 2000).

“With this review, the Trump administration has launched an attack on Colorado‘s heritage and the iconic public lands that are critical to our economy and way of life. The fact that federal bureaucrats are attempting to overturn protections for our lands is deeply offensive to those of us who live in the Colorado and the West.”

According to Conservation Colorado, no president has ever attempted to revoke a national monument, and legal scholars believe it is illegal. Coloradans are strongly supportive of presidents’ abilities to create new national parks and monuments, and one poll found that 82 percent of Coloradans believe protections for parks and monuments should be kept in place rather than revoked. And regions surrounding national monuments have seen continued growth in employment, personal income, and increased per capita income.

“The review of the monuments designated under the Antiquities Act is both warranted and necessary. Today’s executive order signifies a shift in power from the federal government to the local communities who support these monuments and deserve to have a voice in the process.

As the president and {Interior] Secretary [Ryan] Zinke review the monuments in Colorado, I urge them to consider multi-user groups and recreation, community outreach, and the ability to fund and manage these important lands,” Lamborn added.