Sybill Navas, the town’s special events coordinator since 2002, has announced her retirement following a groundbreaking career. During her 14 year tenure, Navas has helped direct the evolution of Vail’s special events into one of the leading programs in the resort industry. Her last day is Friday, June 17 which will be capped by a community reception from 3:30 to 5 p.m. in the Vail Town Council Chambers. 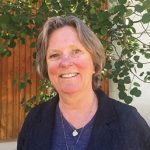 After serving on the Vail Town Council from 1993 to 2001, Navas got her start in the events business in 2002 when she was contracted by the Vail Chamber and Business Association to research and help launch Spring Back to Vail, the successful end-of-season celebration produced by Vail Resorts, Highline and the Town of Vail.

At about this same time, Untraditional Marketing launched a small whitewater event featuring Vail’s newly constructed whitewater park that has since been transformed into today’s GoPro Mountain Games produced by the Vail Valley Foundation.

Navas was contracted to become Vail’s first special events coordinator following approval of an ordinance in 2002 that created the Commission on Special Events. The CSE is charged with developing an events program to deliver economic vitality, sense of community and dedicated funding to support the initiative. In her role as special events coordinator, Navas has served as the point of contact for the CSE, overseeing budgets, board meetings and permits.

She describes the activities of 2002 as the “perfect storm” that enabled the CSE to develop and maintain a high caliber events calendar that has become the envy of Vail’s competitors. “That was the year that set everything in motion and we’ve been delivering a high level of direct economic return for the last 15 years,” said Navas.

She takes great pride in recalling the progression of the town’s special events programs. Highlights include:

Navas says she’ll miss working with the town’s event review team and the incredible event producers, some of whom have been producing events in Vail for well over 40 years. “The town’s enviable special events programming would never have been accomplished without the amazing event producers that have embraced the opportunities that Vail can offer and are dedicated to producing world class events in our community, she said.

Economic Development Manager Kelli McDonald says Navas’ work over the past 14 years has laid the foundation for continued success. “All of us at the Town of Vail owe so much to Sybill for her dedication, innovation and commitment to special events,” she said. “She will be missed but certainly deserves the retirement ahead of her.”

Laura Waniuk, who has supported the town’s special events team since 2014, will take on an expanded role with the CSE and Event Review Committee. Meanwhile, the town is currently interviewing candidates to fill the vacancy created by Navas’ departure, which will now focus on permitting and processes. The town hopes to name Vail’s next events coordinator in the coming weeks.

Navas arrived in Vail in 1974 after graduating from the University of Colorado-Boulder with a degree in economics. She taught ballet at Colorado Mountain College and the Vail Valley Academy of Dance and helped found the Friends of the Dance, which supports talented young dancers to attend professional level training programs around the country. She also helped launch the Vail Community Theater and participated in multiple productions as stage manager, choreographer and cast member.

She plans to improve her golf game, travel and spend more time with friends and family following her retirement, including visits to see her daughter, Axie, who now lives in Santa Fe and is a senior editor at Outside Magazine.