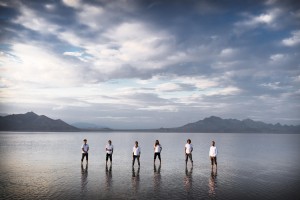 They have been touring throughout the U.S. and Mexico for the past 2 years, performing at a variety of festivals and concert halls.  Not only do they sing in both English and Spanish but they also blend various musical genres together including Spanish Rumba, Reggae, Samba, Bossa Nova, and Balkan and Middle Eastern styles.

The band has members from all over the world, each one bringing their many different influences which are infused in Todo Mundo’s sound. Single tickets to Todo Mundo are $20 or you can purchase an Underground Sound Pass for $100 (includes 7 shows & 7 drinks); both options are on sale now at the VPAC Box Office (970.845.8497/ www.vilarpac.org). The VPAC is located under the ice rink in Beaver Creek Village (68 Avondale Lane, Beaver Creek, Colorado).

Through music, Todo Mundo has learned to share their soul and experiences with the world. The power of music allows them to transmit their messages of unity, equality, and diversity. Their music and performances possess explosive energy that celebrates life, with the aim of connecting with people from all over the world, and encouraging them to live in the present, as one. In November 2014, they received an award from the City of San Diego’s Human Relation Commission for spreading diversity through music.

In 2013, Todo Mundo teamed up with Grammy Award winning engineer Alan Sanderson and released Conexion (Oct. 2013), their latest full-length studio album. The album contains a “masterful blend” of grooves from around the world. The band maintains a busy tour schedule and is planning on releasing new music in the near future. In February 2015, Todo Mundo entered NPR’s Tiny Desk Concert Contest. From the 7,000 artist submissions they received, NPR’s Alt. Latino program selected Todo Mundo and 10 other bands to be featured in one of their podcasts.