Time to go all big-stick Teddy on the tech industry? 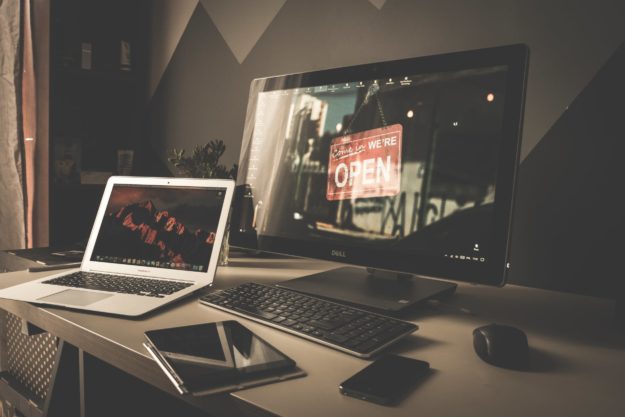 I was 14 when the Buggles 1979 hit “Video killed the Radio Star” came out. Stupidly, I went into newspapers anyway – first delivering them, then writing for them — despite the obvious parallel foreshadowing, and sometime around 2007 or 2008, Internet killed the newspaper star.

From about the mid 2000s on, as Craigslist cratered classifieds and Google and Facebook gobbled up 73 percent of all digital advertising by 2016, newspaper publishers, editors and reporters dithered and debated and did nothing about their impending demise.

Incredibly late in the game, there are ongoing attempts to figure out new news delivery models – such as the recently launched, cryptocurrency-backed ColoradoSun.com – but there have been similar (largely unsuccessful) attempts for years. And I’ve worked for a lot of them.

Maybe it’s just time for some good old-fashioned, Teddy Roosevelt-style trust busting. Trillion-dollar companies have cornered the market on advertising but they’re not reinvesting in a cornerstone of our democracy – news gathering and dissemination. In fact, they’re eroding our institutions with divisive and easily gamed social media platforms.

I recently asked Colorado attorney general candidate and former Obama administration Justice Department antitrust expert Phil Weiser his thoughts on breaking up the big tech companies. I compared it to the 1990s when Vail Resorts was forced by the DOJ to spin off Arapahoe Basin when it acquired Keystone and Breckenridge because its market share in Colorado was too big. 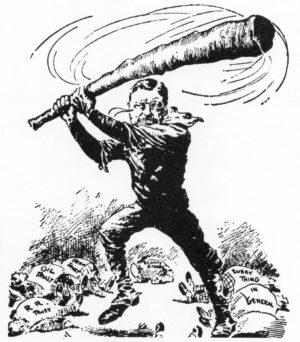 That seems like a quaint notion now, given that Vail in the ensuing years has snapped up so many resorts around the world and dramatically increased its market share both nationally and globally. Turns out Weiser worked on that Vail case as well.

Here’s the big difference between that case and the growing efforts to go after the tech industry, according to Weiser. First, big ‘s information domination grew up organically over the last 10 to 15 years, and there are now at least two big players. With the ski industry, Weiser says, Vail was the biggest player and it was acquiring other smaller players.

I guess. But haven’t tech companies also been snapping up competitors for years? Weiser says the questions about the power of the platform-based economy are legitimate and are being delved into properly by the Federal Trade Commission. What he doesn’t like is the politicization of a Sept. 25 DOJ meeting with state AG’s to discuss perceived ideological bias in social media.

I wrote a story about that meeting that published on Colorado Politics on Monday, including interviews with both Weiser, a Democrat, and his Republican opponent, George Brauchler Here’s a brief excerpt:

Colorado left out of DOJ meeting on social-media political bias

EAGLEVAIL, Colo. — As of Monday, Colorado does not have a seat at the table for a politically-fraught Sept. 25 meeting between U.S. Attorney General Jeff Sessions and a bipartisan group of 24 state attorneys general to discuss consumer-protection and antitrust complaints against social media companies.

Sessions first invited just Republican attorneys general to the meeting, which will include a Justice Department antitrust division representative, but on Thursday expanded the invite list to include Democratic AG’s from states such as California. Colorado still is not on the list.

“Our office has not received any information regarding this meeting,” Jacqlin McKinnon, spokeswoman for Colorado Attorney General Cynthia Coffman, told Colorado Politics on Friday. McKinnon did not say if this is an issue of concern for Coffman, a Republican.

Democratic attorney general candidate Phil Weiser, who hopes to replace Coffman after the Nov. 6 general election, said in an interview in EagleVail Friday that it’s unfortunate Coffman won’t be at the Sept. 25 meeting, which apparently was triggered by tweets from President Donald Trump in late August about a perceived conservative bias on social media.

“It concerns me that [the meeting] was a politicization of law enforcement by only inviting Republican AG’s,” said Weiser, a former deputy assistant attorney general in the Obama Administration Justice Department who focused on antitrust issues.

“That’s completely wrong,” added Weiser, who’s also the former dean of the University of Colorado Law School. “I’m glad that they’re backing off from that, but it begs the question, what’s their criteria for who they’re inviting? Colorado is one of the top technology hubs in the United States.”

Colorado 18th Judicial District Attorney George Brauchler, the Republican candidate to replace Coffman — who stepped down to unsuccessfully run for governor – is cool to the idea of government intervention in the social media sphere.

“Antitrust serves an important function and that is really a consumer protection job in many ways,” Brauchler said at a campaign stop in Avon on Sept. 7. “But I’d want to take a harder look at the intersection between the First Amendment and antitrust on these particular issues.”

Brauchler is concerned about heavy-handed government involvement in controlling content that’s protected by free speech principles under the First Amendment, whether it’s on the internet, in newspapers, movies, or on other platforms.

“I am frightened by the idea of inviting the government in to weigh in on what content should be there or not be there, and while [the Sept. 25 meeting] doesn’t jump right into that, it feels like that’s the motivation for it,” Brauchler said, adding that some “activist AG’s” may disagree.

Go to Colorado Politics to read the rest of the story.