Tiger Woods talked about Tooth-gate Tuesday at the opening press conference for the Waste Management Phoenix Open, a golf tournament he hasn’t played since 2001. 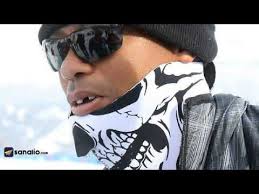 The golfing great, playing on the PGA Tour for the first time in two months after recovering from a slew of injuries, discussed having a two teeth cracked and damaged by a cameraman during the post-race celebration for Vail’s Lindsey Vonn in Cortina, Italy, on Jan. 19.

“The story is about Lindsey breaking the record,” Woods said of his girlfriend, who surpassed Austria’s Annemarie Moser-Proell with 63 (now 64) career World Cup wins. Woods surprised her by showing up for the post-race celebration after watching the day before at home in Florida.

But he says a cameraman with a shoulder-mounted video camera then surprised him by standing up, turning abruptly and hitting Woods in the mouth. Asked about the flurry of coverage of the event, Woods said, “It’s a new world. I guess we need to talk about something, fill up space.”

Woods was wearing a skull facemask at the time to avoid detection by the media so the focus would be on Vonn.

“I still had my mask on so nobody knew who I was,” Woods said. “Trying to blend in, because there’s not a lot of brown dude at ski races. That was the whole idea of why I wore the mask.”

Woods celebrated with Vonn, kissed her and left after the race, flying home again in his private jet to get his teeth fixed the next morning in Florida.

“The flight home was a joke,” Woods said. “I couldn’t eat, I couldn’t drink until he put the temporaries on. I couldn’t have anything touch it. Even breathing hurt.”

Woods, who frequently spends time with Vonn in Vail, will likely return to the valley Feb. 2-15 to watch her compete in the 2015 World Alpine Ski Championships at Vail and Beaver Creek.