Tiger rehabs with Vonn, hopes to return to action this summer 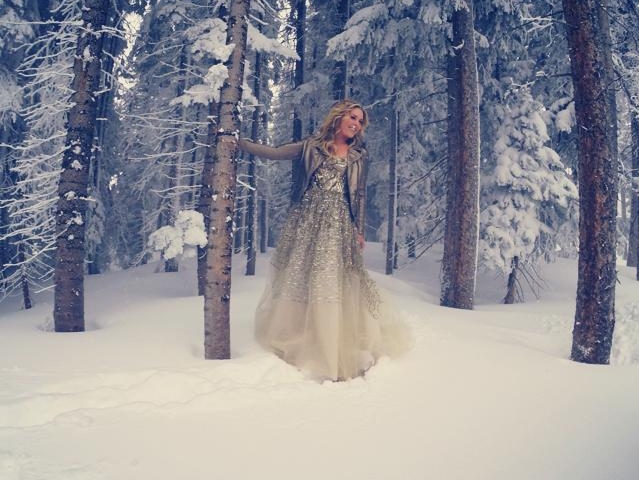 Lindsey Vonn at a photo shoot in Vail on April 29 (from Facebook).

Injured golfer Tiger Woods on Monday said he hopes to return to action sometime this summer with the rehab help of girlfriend Lindsey Vonn of Vail.

“It does help to rehab with Lindsey, but her programs are much further along than mine,” Woods wrote on his blog on Monday. “That does help when you’re not the only one suffering. It’s a good and bad thing that we’re both rehabbing at the same time.

“Her sessions are much longer and more developed. Her knee is getting stronger and it’s good to see. She hopes to be ready to compete again in December.”

Vonn on Monday posted that the right knee she blew out in a super-G crash at the February 2013 World Alpine Ski Championships in Schladming, Austria, is still not recovered enough for a major charity run over the weekend.

“Bummed I wasn’t able to participate in the World Run for the Wings for life charity,” Vonn wrote on Facebook. “Unfortunately my knee was not ready to run yet. It was an amazing event though and made a huge global impact. I hope to be in the next one!”

More than 35,000 people participated in the Red Bull-sponsored Wings for Life World Run on Sunday to raise funds to find a cure for spinal cord injuries. The event, which was held in 32 countries and included a Denver leg, raised more than $4 million.

Red Bull is also a major sponsor of Vonn, who hopes to return to World Cup ski-racing action in December and be in top form for the World Alpine Ski Championships in Vail and Beaver Creek Feb. 2-15.

Vonn missed the 2014 Sochi Winter Olympics in February after her comeback bid fell short last season when she reinjured her knee training at Copper Mountain in November. She raced at Lake Louise, Canada, in early December and managed a fifth-place finish but then had to have reconstructive surgery again in January.

Woods missed the Masters last month after undergoing surgery to fix a pinched nerve in his back.