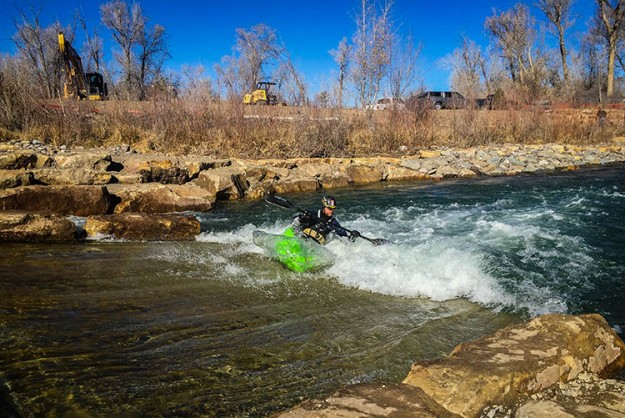 Editor’s note: A version of this story first appeared on RouteFifty.com in March of 2015:

U.S. Route 50 is a two-lane backroad in Colorado, scenic and charming but far from the economic hustle and bustle of the state’s main east-west artery, Interstate 70.

“We sit in a really great location,” said Montrose Mayor Bob Nicholson, whose town of 19,000 is on Route 50. “We’re surrounded by nice high country and have great mountains and recreation … but it’s not on any of the major of transportation highways. Highway 50 doesn’t count.”

U.S. 50 communities on Colorado’s Western Slope – the mountainous and high-desert area west of the Continental Divide – have struggled for decades with the economic volatility of extractive industries such as uranium and coal mining, oil and gas drilling, agriculture and logging.

“The Western Slope has been very slow to recover [economically], especially outside of the resort areas like Aspen,” said Brad Harding, president of Delta County Economic Development and a fifth-generation member of a local coal-mining family.

“Our story is tough,” Harding said of Delta, a Route 50 town of 8,900 residents 22 miles northwest of Montrose. “We’re 50 percent less educated as far as post-secondary degrees, and our median household income is $15,000 less than the state average. Those are tough challenges to overcome.”

In the couple of years, the nearby Bowie #2 coal mine laid off nearly half its workforce, while the Elk Creek coal mine shut down production entirely. Some 450 jobs have been lost.

“We’ve been dependent here in Delta County on mineral extraction and extraction industries in general for a long, long time,” said Harding, who’s also president of First Colorado National Bank. “Those are some of the best-paying jobs around, so that’s a major impact.”

Now Delta and Montrose are scrambling to diversify economically and attract lone eagles and small to mid-sized companies whose workers can take advantage of the quality of life.

“When you live in a community that has really great recreational opportunities and is a great place to be but not on the best physical highway, the next best thing – and actually it may be an even better thing – is to be squarely on the information highway,” Nicholson said.

Both towns have been working with the local rural electric co-op, Delta-Montrose Electric Association, to utilize its fiber-optic cable capacity to build a broadband network with 1-gigabit high-speed connectivity. Montrose voters in 2014 approved a municipal broadband network.

“Our society is changing. We see that people don’t have to live right next to the company they work for. They can live clear across the country and commute on the Internet,” added Nicholson, whose town just built a new kayak park on the Uncompahgre River and is just 65 miles from Telluride ski area.

Some of the wealthy residents of Telluride in neighboring San Miguel County were the most vocal opponents of a uranium-processing mill proposed in the western end of Montrose County near the Utah border.

That effort by the Canadian company Energy Fuels was aimed at resuscitating the area’s once-vibrant uranium-mining industry dating back to first atomic bombs and the Cold War arms race. But despite state approvals, the proposed Piñon Ridge mill now appears dead in the water after the Fukushima disaster in 2011 and plunging uranium prices over the last eight years.

Those jobs would have been nice, Nicholson says, and the industry 70 miles west of Montrose could have coexisted with tourism and resort recreation, but the retired construction contractor is now focused on building a more sustainable economy less susceptible to the volatility of commodities markets.

In Delta, where so many residents are reliant on the coal mines just to the east in Gunnison County, outside events have impacted that industry as well. The state’s largest electric utility, Xcel Energy, has shuttered or converted several coal-fired power plants to natural gas to comply with the Clean Air Clean Jobs Act passed in 2010.

Uncertainty over EPA rules also loom, and Colorado has seen its coal production drop more than 40 percent since its peak in 2004, knocking the state out of the top 10 to 11th nationally, according to the U.S. Energy Information Administration.

Harding says broadband is critical to “stop the bleeding” of more than 1,000 residents leaving Delta and Montrose counties since 2010. In Delta County alone, Harding says the school district lost 250 students last year and had to cut its budget by $7 million.

“We’ve lost out on opportunities from companies that really, really want to locate here,” Harding said of the lack of broadband. “We’ve got to bring in things that allow us to have a level playing field with the rest of the world, and at the top of that is broadband.”

But even a prime location on a major interstate isn’t a guarantee of economic vitality. The town of Rifle, which sits right along Interstate 70 and on the banks of the Colorado River, is searching for some of the same long-term answers as Delta and Montrose on U.S. 50.

The state made it clear in 2010 that burning cleaner natural gas for electricity is preferable to coal, which still accounted for 64 percent of the power generated in Colorado in 2013, but the state’s most productive gas fields in Rifle and surrounding Garfield County have still suffered from low prices and a glut of the abundant commodity.

Colorado’s drilling boom of the early to mid-2000s has shifted to fracking for oil on the state’s northern Front Range, where there are more than 22,000 active wells in Weld County alone.

“They’re in that stage where you can have a whole bunch of active wells and not a lot of jobs, because the jobs are really on the front end when you’re getting everything going,” said Clark Anderson of the nonprofit Sonoran Institute in Glenwood Springs. “There are still people there that have to work the wells, but it’s a lot smaller than when it’s really taking off.”

In fact, while there’s still some limited drilling going on in the county, Canadian drilling giant Encana has halted all new drilling operations, although it still operates more than 3,000 active natural gas wells in the area.

“We’re in a commodity business that is cyclical,” said Encana media relations manager Doug Hock. “However, we try to manage the impact of those cycles, which is in the best interest of our employees, the communities where we operate, and our shareholders. We continue to employ approximately 200 people in Garfield County and have done so for the last several years.”

Officials in Rifle, a town of about 9,500, began preparing for the next downturn even before the boom ended in 2009, setting aside funds and seeking to diversify the local economy through a variety of tactics.

“In about 2005 or so during the last boom, [city] council really started looking at economic diversity and what other things we could bring in, using the revenue we were getting during that boom to then funnel that into some catalytic projects,” said Rifle planning director Nathan Lindquist, whose department landed a $900,000 federal grant for a downtown strategic plan.

Completed in December of 2013, the plan laid the groundwork for a more vibrant downtown core, which is coming to fruition with the completion last year of a renovated theater project, as well as better connectivity to the recreational amenities of the Colorado River.

The third prong of the plan was to diversify the local economy through regional retail and other forms of light industry, including a renewable energy campus to highlight opportunities in solar, wind and biomass.

“[Council] put a lot of money and planning work into it, and now our revenues are down and things are tough to a certain extent, but without the things that they’ve been doing we would be at square one,” Lindquist said.

Past downturns, such as the oil shale crash of 1982, have devastated the local economy.

“Rifle can and should be a model what other communities can do, whether they’re in a boom-bust cycle or not,” said Sonoran’s Anderson, whose conservation organization promotes more sustainable land-use planning in the West.