Strong female athletes make their mark in Vail Valley and beyond 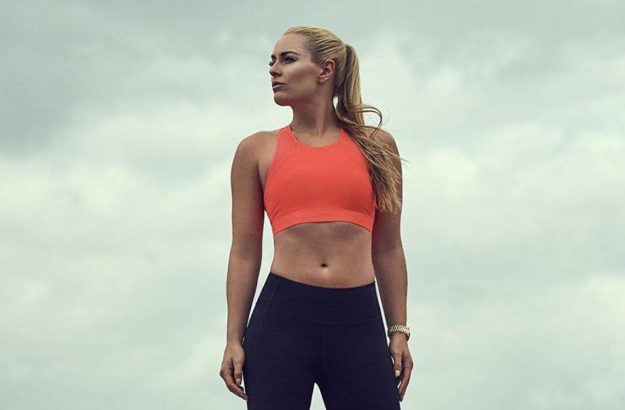 Close to a foot of new snow fell at Vail and Beaver Creek over the weekend, and that’s some very good news for folks who are sick of riding their mountain bikes and trail running in crunchy, dry woods and eager to actually strap on skis and fly down the side of the mountain. Count me among those folks.

It’s also really good news for folks who make a living ski racing — folks like Ted Ligety and the best male racers on the planet who will converge on Beaver Creek for the annual Birds of Prey World Cup races Dec. 1-3. We have enough snow to make those races actually happen, so the International Ski Federation recently gave them a thumbs up.

A little bit more snow may fall early this week but then it’s back to a relatively warm and dry pattern until the following week, when forecasters say a shift in the weather pattern could lead to more snow for all of us recreational skiers.

“A few inches of snow should fall along and north of I-70 on Monday night and Tuesday, then we’ll be mostly dry through early next week,” writes Opensnow.com meteorologist Joel Gratz. “Most models indicate a swing toward cooler and stormier weather starting on or around November 29th.”

I’ll be honest with you, even if it was dumping this week, I’d be missing out. My family headed to Phoenix over the weekend to witness the incredible ascension of the state’s best high school cross-country running teams — the Battle Mountain Huskies girls competing as the Vail Valley Running Club. They won the Nike Cross Southwest Regionals and now head to Oregon for nationals.

No other Battle Mountain team has come close to this kind of major national success, so it was a privilege to be there and watch these dominant ladies in person. And the boys, racing in the small-school division, also acquitted themselves well, topping rivals from Eagle and Evergreen that have been beating them all season. Special shout-out to my son, Nick Williams, and the other seniors who battled to the end in Casa Grande.

But back to talking about strong female athletes. Elizabeth Constein and the other Huskies harriers blew my mind with how hard the ran at the state championships and now Nike Cross, but they are just one example of how hard the girls and women of the Vail Valley compete. And they’re an inspiration at a time when females are standing up for equal treatment in politics, entertainment and life in general.

Take, for example, ski racers Mikaela Shiffrin and Lindsey Vonn. Both Vail Valley products, one is the defending overall World Cup champion, and the other is closing in on the record for the most World Cup victories — male or female — in the history of the sport.

I really wish we had a women’s World Cup race in Beaver Creek. While I’ve enjoyed watching the top men like Ligety and the now-retired Bode Miller slay it on the Birds of Prey courses over the years, those few times we’ve seen Shiffrin and Vonn win on home snow have been truly magical.

Check out a nice profile on Vonn in the Denver Post late last week, and also check out the below press release on what Vonn is trying to do to lift up female athletes and students both locally and around the country through her Lindsey Vonn Foundation.

One small note on the press release, Vonn has already raced this season, kicking out in the first run of giant slalom at Soelden, Austria. She did not qualify for a second run, as Shiffrin went on to finish fifth. Now here’s that release:

This year, Vonn and her foundation are challenging fans and supporters to help grow programs and scholarships for girls during Vonn’s season of competition. Supporters of the Podium Pledge are challenged to pledge money to the Lindsey Vonn Foundation each time she earns a podium finish (first, second or third place) during the 2017-2018 race season. When Lindsey wins, girls win.

“I’m so excited to use this season as a platform to inspire and empower girls across the globe,” said Lindsey Vonn. “All donations and funds raised will be put towards programs that help girls achieve their dreams. As I work hard to achieve my dreams this season, I am motivated by the girls this effort will support, hope to fund more camps, inspire confidence and offer more scholarships to girls who need it, both through dollars raised and my journey to the podium.”

Fans who wish to pledge their support can do so by visiting lindseyvonnfoundation.org/podiumpledge. Commitments can be made throughout the season, but the earlier the pledge, the more opportunity to make an impact.

Since its inception in 2015, the Lindsey Vonn Foundation has made a core commitment to the growth and development of the next generation of girls as leaders, entrepreneurs and role models through positive, constructive and empowering programs. The Lindsey Vonn Foundation supports diversity and growth of future female leaders through programs including the Strong Girls camp series and scholarships meant to inspire and empower the next generation.

The 2017-2018 World Cup season marks Vonn’s 15th season of World Cup competition. Vonn is set to compete in her first events of the season at the Lake Louise Audi FIS Ski World Cup events on December 1-2, 2017 in both the downhill and super-G events as she continues her work and preparation for the 2018 Winter Olympics and her goal of the achieving the all-time World Cup win record for both men and women.