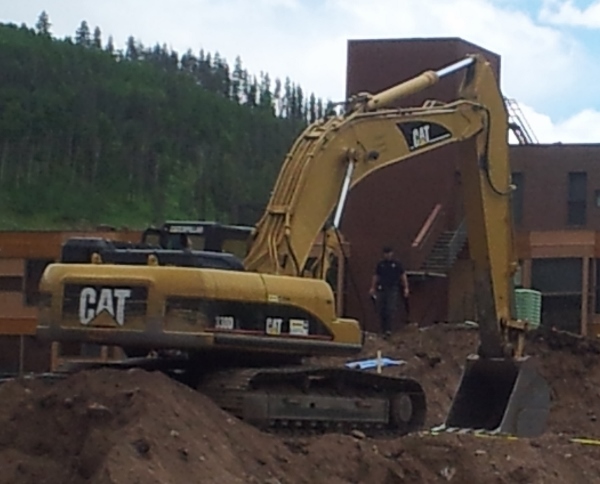 Construction has been suspended at the site of Vail’s Lionshead Inn after the discovery of skeletal human remains launched a police and coroner’s office investigation on Thursday.

A partial human skull was found when workers were dumping excavated debris from the project at a site in Edwards. The skull was then traced back to the Lionshead Inn demolition site at 705 W. Lionshead Circle in Vail, where another large human bone was discovered.

Eagle County Coroner Kara Bettis determined the bones were human and will be working with an anthropologist on Friday to search for additional remains and attempt to determine the age and gender of the skeleton, as well as a cause and manner of death. 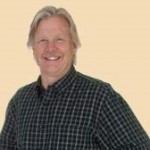 “They’re not recent but until they do some tests there’s no way to know just how old [the bones are],” said Eagle County spokeswoman Kris Friel. “They’ve stopped construction there and hopefully we don’t disrupt them too long while they dig through.”

The most famous missing person in Vail history was Julie Cunningham, a ski shop worker and ski instructor who disappeared from Vail in March of 1975. Serial killer Ted Bundy admitted to killing her but her remains still have not been found.

“It had occurred to me just in my own mind but I had not heard anyone else discuss that,,” Friel said of the Cunningham case and the latest discovery. “We don’t know gender, how old, who the person was, how long the bones have been there. Anything is obviously just complete speculation at this point until they get a little more info.”

Matt Lindvall, the former Vail Police Department detective who took Bundy’s confession for the Cunningham murder in 1989, said the notorious mass murderer told him he disposed of her body near Rifle in neighboring Garfield County.

“Do I think it’s Julie Cunningham?” Lindvall said Thursday from his home in Durango. “That wasn’t the location that was given to us in confessions in 1989 but her remains have not been discovered. I’d be surprised if those remains are from Julie Cunningham, but I would hope that if it is it gives some rest to her family.”

Lindvall said Bundy told him he killed Cunningham and then used his Volkswagen Beetle to take her body west to Garfield County in March of 1975. He returned a month or so later, located her body and buried it, according to Lindvall. But police never were  able to find her remains in the locations Bundy described.

Lindvall doesn’t remember any other prominent unsolved missing persons cases in the Vail area during his tenure as a detective between 1979 and 2005, when he retired and moved to Durango.

“As far as my recollection of any other unsolved cases or missing persons, I don’t remember anything like that and I have a pretty good memory for that kind of thing,” Lindvall said. “It’s a pretty transient community — I-70 corridor, a lot of undocumented individuals. It could have been a settler from the 1800s or it could have been a Native American.”

Bundy told Lindvall that Cunningham, who was a ski instructor and worked at a local ski shop (LIndvall thinks it was Pepi’s), offered to help him with his broken-down Volkswagen Bug in March of 1975. Bundy said he then knocked her unconscious and put her into the trunk of the Beetle. After he killed her, Bundy told Lindvall he drove her body to a location in Garfield County near Rifle and dumped her. Bundy said he then returned a month or so later and buried her.

But investigators never found any remains in that location and still have not found any sign of Cunningham. Lindvall said when he left the police department in 2005 to sell real estate in Durango there were dental records for Cunningham on file.

Asked if he thought of the case when he saw news reports on television on Thursday, Lindvall said he did, and that he was glad people still remember Cunningham.

Vail was only a decade or so old as both a town and a ski area when Bundy came through.

“That’s a whole different twist for me is that I actually did know her,” Lindvall said. “Vail was really small in the 70s and everybody knew everybody. Apollo Park, which I think is mostly still there, is where I lived during that time period and where she lived.”

Town officials say both buildings constructed on the site — the Lionshead Inn (formerly L’Ostello) and the Vail Glo Best Western — were built in 1973, two years prior to Cunningham’s disappearance.

However, Silverthorn added that the remains were not actually underneath either old building.

“The remains were found on the northwest portion of the redevelopment site adjacent to the South Frontage Road (outside the building footprint),” she said.