Chasing Shiffrin for overall title, Gut now likely out for the season 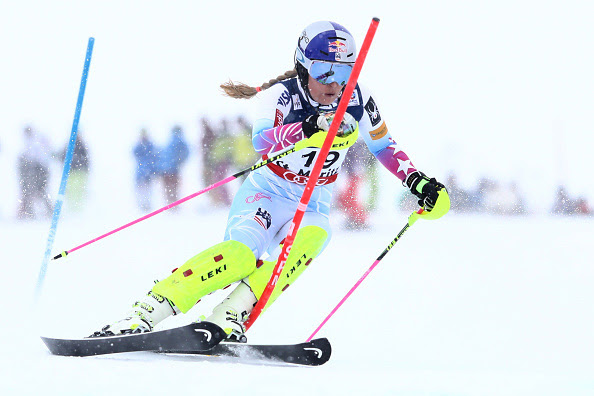 Defending overall World Cup champion Lara Gut of Switzerland was hurt during a training run at the World Alpine Ski Championships on Friday, and appears to be out for the rest of the season. Gut was chasing Eagle-Vail’s Mikeala Shiffrin in the overall hunt this season.

“There’s a huge pit in my stomach hearing about @Laragut ‘s injury,” Shiffrin tweeted. “Wishing her a speedy recover.”

Shiffrin holds a 180-lead over Gut in the overall chase, with Sofia Goggia of Italy in third, 414 points back. Shiffrin is looking to become only the third American woman to win the overall title, which is based on points accumulated in all the disciplines during the entire World Cup ski-racing season.

Vail’s Lindsey Vonn is the American record-holder with four overall title, and Tamara McKinney won it once (in 1983).

Gut was competing in Friday’s alpine combined event and was third after the downhill in the morning. She was reportedly training for the afternoon slalom when she crashed and injured her left knee.

Vonn is on the comeback trail after missing nearly a year with a knee injury. She appears to be poised for greatness once again in her signature downhill event on Sunday.

“I’m really hoping that (Lara) is not badly injured,” Vonn said on Friday. “It’s always a shame to see that happen. It’s happened to me all too often.”

Shiffrin chose not to compete in the combined event, opting instead to train for her signature slalom and giant slalom events.

Shiffrin is the two-time defending world champion in slalom, including at the 2015 Worlds in Beaver Creek. She’s also the defending Olympic champion in the event.