Search for missing Indiana man suspended due to adverse weather

Search and rescue operations were called off at noon today in the search for an Indiana doctor missing since Friday near Eiseman Hut north of Vail. 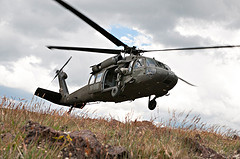 James C. McGrogan, 39, separated from a group of  three other backcountry travelers. When they arrived at the hut later Friday evening, McGrogan wasn’t there.

Vail Mountain Rescue and numerous law enforcement and search and rescue teams from around the state, including helicopters from the U.S. Army National Guard, have been combing an 18-square-mile area.

The search was called off at noon due to adverse weather conditions, according to a press release at 2:30 p.m. from the Eagle County Sheriff’s Office. It was unclear when search and rescues efforts would resume.

Heavy snow moved into the Vail area early Tuesday morning, depositing six inches new as of 5 a.m. Several more inches fell during the day Tuesday. Snow is expected to taper off Tuesday afternoon, with a general clearing pattern by Wednesday.