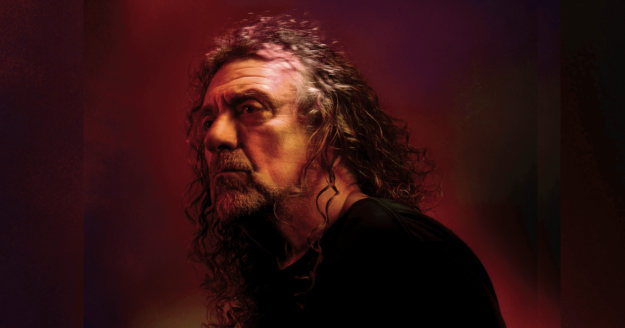 Robert Plant has announced a new series of North American headline dates celebrating his acclaimed new album, Carry Fire. The dates, for which Plant is once again accompanied by The Sensational Space Shifters, begin June 8 in Atlanta, GA, and then continue through the month — with a stop June 19 in Vail as part of the new Whistle Pig series.

For complete tour details and ticket availability, please see www.robertplant.com. Every ticket purchased online for Robert Plant and The Sensational Space Shifters’ headline shows includes a CD or digital copy of Carry Fire (festival dates not included). Instructions on how to redeem the album will be emailed after ticket purchase.

Plant and the Sensational Space Shifters have only just wrapped up the sold out first North American leg of the Carry Fire tour, earning enthusiastic praise at every stop:

“A night that captured one of rock’s most celebrated artists as a work in progress… driven by a restless spirit to explore new ground without turning his back on the fans.” AZ Central

“Plant pushes forward, learning about new sounds from around the world and assimilating them into his music. He doesn’t ignore the past, but just reinvents it.”

“It was really all about the quality of music, and the fact that we were in the presence of rock royalty as the audience leapt to its feet and remained there for most of the night.” Toronto Sun

“As Plant put it in an interview a few years ago: ‘Can I knock myself out, or am I just going through the motions?’ His performance Friday night at the Orpheum Theatre gave an emphatic reply to that question.”

“Plant and the Space Shifters’ “100-minute set ranged from jam-heavy blues-rock along the lines of late-period Bob Dylan to intercontinental world-beat space-rock with a little of everything.”

“It was a show that ranks as the coolest musicology on the road today. We’re happy to report that Plant’s fearless exploration of new musical styles –

and constant re-interpretation of his past – are fully in place and just as rewarding as ever…Of course you should go if at all possible.”

Carry Fire is available now via Nonesuch/Warner Bros. Records at all digital music retailers and streaming services, as well as via www.robertplant.com and Nonsesuch.com. Rolling Stone recently named the album among the “50 Best Albums of 2017,” writing, “With a title that evokes primal discovery and heroic burden, Carry Fire finds Plant nuancing the mystic stomp of yore for darkening times… It proves that Plant’s athletic power, like his musical idealism, burns undiminished.”

A live video is available now of Robert Plant and The Sensational Space Shifters performing “New World” from Carry Fire was recorded at Manchester, UK’s 02 Apollo on November 30, 2017.

GET ALL YOUR TICKETS – ONLINE AT WWW.WHISTLEPIGVAIL.COM

All ages are welcome.