We did the right thing for the victims and for the people of Colorado. #coleg https://t.co/tl7nwOgfPQ

Lebsock, accused by multiple women of sexual harassment — including fellow Democrat Faith Winter of Westminster — denied all allegations and refused to resign. 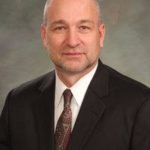 Lebsock reportedly switched his party affiliation right before Friday’s vote, which should allow Republicans to select his replacement.

Lebsock is only the second state representative in the history of the Colorado General Assembly to be expelled and the first since 1915.

“Today’s vote by Colorado’s House of Representatives was important and necessary to address well-documented instances of sexual harassment in the workplace,” Hickenlooper said. “This has been a painful chapter and it is our sincere hope that we all learn from the bravery of the women who came forward.”

State Sen. Randy Baumgardner, a Hot Sulphur Springs Republican with a checkered political history, has stepped down as chairman of the powerful Senate Transportation Committee but denies all sexual harassment allegations and refuses to step aside.

State Sen. Kerry Donovan, a Vail Democrat, would like to see greater urgency and transparency from Senate leadership in dealing with the harassment complaints.

Here’s the full text of Faith Winter’s testimony on Friday, as provided by the House Democrats: 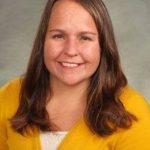 I said no, five times. Five times. Not once, not twice, five times. I used all the tools women have to say no. I laughed it off, I told him to go home to his girlfriend, I said no directly. Nothing worked. Each time I said no he became angrier, he stood closer, he stood over me.  I felt unsafe. I needed help and I found that help in my friend and colleague from Denver.  I called that friend over, asked him for help because I didn’t know how to get out of the situation. That friend has stood with me for nearly two years through this process and I am grateful.

But today is not just about me this is about at least 10 other people 10 others spoke to a reporter, 5 others filed complaints, 3 went on record with the media, plus the several other women that I have talked to that were harassed by this individual who were too scared to come forward.. 10 others that have felt their hearts race, felt intimidated and have felt bullied by this individual.  10 others that their place of work was changed forever. Today is not about sex it is about power. Sexual harassment is about power and the power that that this individual wielded over others.

You need to know that I believe in second chances. Which is why I went through a process in 2016 with leadership.  The results were that this individual would seek counseling and stop drinking but what was most important to me was a promise that this behavior would stop.

I believe that it is incumbent upon each and every one of us that put on our black name badges,  and answer to Representative and take an oath to do our duties that we create an environment that makes sure this building, this chamber is truly the people’s house. That our very democracy is based on people’s comfort to talk to us, to share opinions to shape policy.

In 2016 when I spoke with leadership II was standing up for all women that work in this building, to ensure that their voices were held is just as high regard as anyone’s else’s voice.  I wasn’t motivated by a vendetta I was motivated to make sure our democracy worked and that women’s voices were valued.That someone in a position of power that used his power for sexual favors was not okay, that in this building when a woman showed up for work she was valued for her hard work and her ideas.

Unfortunately, last November I found out that the behavior had not changed. That this individual continued to sexually harass and wield power in a way the voters never intended. That this individual was breaking down our democracy. He was forcing women to leave their careers in politics, forcing them out of the building. Diminishing their voices.

While those of us that had been his victims and continued to stay in the building changed how we worked, avoiding him, inviting others to meetings with him, changing our behavior in small ways giving up our own power.

The other victims of his harassment, of his bullying were aides and lobbyists.  Those that are most vulnerable to losing their careers, of losing clients and losing their income. They felt they had no protections. But me I had credibility, I had power. I had felt guilty for 18 long months that by only going to leadership that only coming to an agreement with leadership behind closed doors that I was putting other women at risk. I knew when I found out other women had been harassed recently that I had no choice but to keep my promise.

As a representative we all face the moment where we take a vote or a stance that might cost us our political careers. For me it was the moment I came forward.  I knew it would be a long road full of retaliation, of my credibility being questioned, and  of attacks. But if I could make sure not one other person experienced harassment and was targeted by this individual then it was worth it, I felt compelled to use the privilege of my position to make this workplace safer for everyone.

The last months have been awful.  I have taken public attack, after attack, after attack while I have patiently stood by waiting for due process to take its course.  It has been 112 days since I  publicly came forward.  112 days where myself and the other women that came forward have been retaliated against.  The individual in this chamber has tried to shame us, tried to humiliate us, he has victim blamed, he has threatened us with law suits. But through all of that we have stood strong and refused to be bullied, refused to be silenced.

Finally, the report is back and it says 11 claims from five women are credible. It is clear that there is an awful pattern of behavior that is not acceptable. Enough is enough. Time is up. Also, the accussers were told to file a formal complaint and follow a process.  So we did. We were told to let the investigation finish in the name of due process before we could talk about expulsion so we waited. Now to attack the process and question the integrity of the investigation is another delay tactic. Encouraging victimes to go through this process and receiving a non-biased reports that claims are credible and then denying to hold accountable the person is reckless and cruel.

Which brings us to what this body will do today. First I want to make it crystal clear this is not about hugs, handshakes or off color jokes. This isn’t about occasional misunderstandings. This is about a systematic use of power to intimidate, harass and control people.

Yes there is a spectrum of behavior. But the behavior of this individual is extreme.  I said no five times. I felt my safety was at risk. But it isn’t just me there are at least 10 other victims. This was not a one time instance of bad judgement – this is a clear pattern of behavior. Then there is the retaliation. I know more victims were thinking of coming forward with their stories until the retaliation started. Once the retaliation started, once others saw what I was facing publicly on a daily basis he achieved the worst part of his actions. He silenced victims.  He made them feel that their voices were not believed, were not strong and were not valid. We will likely never know the extent of his harassment because he has bullied people into silence.

Without this vote we will tell women that their experiences and voices don’t matter.  We will tell our aides, our interns, our lobbyists, our fellow representatives and yes you will be telling me that our voices don’t matter. We will continue to tell each other in whispers who to avoid to keep each other safe. Today is the day to shine a light on the culture that we have put up with for too long. Enough is enough.

Without this vote today we are sending a message to any future victim of harassment or assault that their experience and their voice is less important than those of us with power.  Our time in this building is temporary our time with power is temporary and I ask you today to use your vote and your voice and yes your power to send a signal that we are truly creating a democracy where everyone is welcomed.