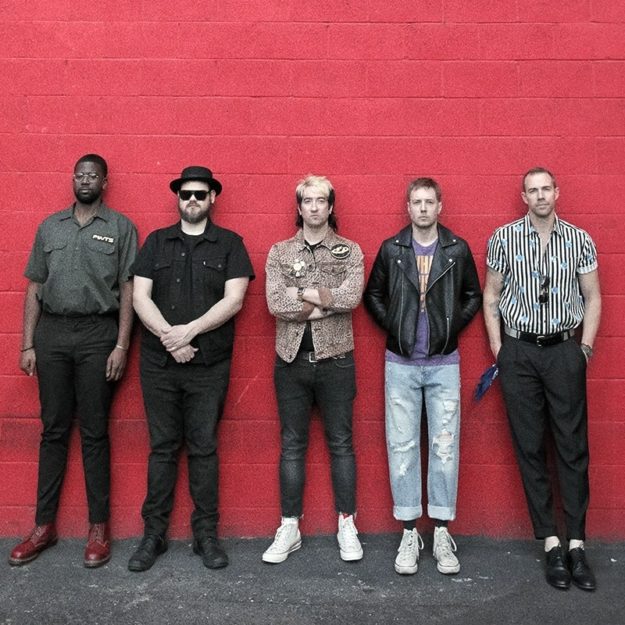 The Vilar Performing Arts Center recently announced a handful of new headliners for its 2018 summer season. Performances most recently announced include Resurrection: A Journey Tribute, Plain White T’s and Don McLean. Tickets start at $30 and are on sale now for all shows at the VPAC box office (970-845-8497; www.vilarpac.org). Ticket prices are subject to change. The VPAC is located under the ice rink in Beaver Creek Village (68 Avondale Lane, Beaver Creek, Colorado).

For over two decades, Grammy Award-winning master trumpeter and composer Chris Botti has amassed a spectacular variety of honors, including multiple Gold and Platinum albums, to become the nation’s largest selling instrumental artist. His mesmerizing performances with a stunning array of legends such as Sting, Barbra Streisand, Tony Bennett, Yo-Yo Ma, Frank Sinatra, Paul Simon and Andrea Bocelli have cemented his place as one of the most brilliant and inspiring forces of the contemporary music scene. Whether he’s performing with illustrious symphonies or at renowned venues around the globe, his unparalleled crystalline and poetic sound transcends musical boundaries.

New York indie rock band, originally from Syracuse, NY, is getting back to their house party roots without abandoning the more heady soundscapes they’ve explored. Their evolved sound and the group’s incendiary live performances frequently transcend categorization. Named by Rolling Stone Magazine as, “Artists to Watch.”  Ra Ra Riot have been featured at the South by Southwest festival and have worked closely with Death Cab for Cutie’s, Chris Walla and Vampire Weekend’s, Rostam Ratmanglij.

The gold standard by which all Journey tributes are measured, Resurrection: A Journey Tribute, faithfully recreates the experience of a 1980’s Journey concert. This dynamic and compelling band features some of Nashville’s hottest musicians, many whom have performed, written, or recorded with the biggest names in the music industry – including Journey and Steve Perry. Every show is a brilliant reproduction of sights and sounds that captivate and transport audiences to the glorious age of arena rock.

Dwight Yoakam
Thursday, July 26, 2018 at 8 p.m.| Starting at $85
Dwight Yoakam is a country artist who makes a “convincing case for the hipness of hillbilly sensibilities,” says NPR Music. It’s true: there’s something pretty hip about a musician who continues to surprise us with each new record and challenge the status quo of the country music establishment. Yoakam’s latest release, the tongue-in-cheek “Swimmin’ Pools, Movie Stars,” was the musician’s first-ever bluegrass album, which featured reinterpretations of his most well-known songs. Dwight Yoakam has always been a complex character full of contradictions, making his music still intriguing to audiences many decades into his career.

Amos Lee
Saturday, July 28, 2018 at 8 p.m.| Starting at $68 – LIMITED AVAILABILITY
Simple, sweet and irresistibly endearing, Amos Lee plays music that tugs at your heartstrings. The talented musician with a powerful, soulful voice that soars to the rafters always puts on an amazing concert experience. Lee’s sixth studio album, 2016’s “SPIRIT,” exemplifies the inspirational hold the singer has on his audience. In recent years, the versatile musician has expanded his musical palette with new sounds and styles, including recording a live album at Red Rocks with the Colorado Symphony Orchestra in 2014. Amos Lee is an undeniable artist with the ability to move listeners with his beautiful voice and poignant songs.

TOWER OF POWER – 50th Anniversary Tour 2018
Friday, August 3, 2018 at 8 p.m.| Starting at $49
Tower of Power has been bringing the best R&B to the people for a full half-century. This legendary group, famous for its horn section, consistently delivers a stellar live show filled with funky grooves and those sweet soul harmonies the crowd can’t get enough of. Throughout their celebrated career, the Tower of Power horn section has collaborated with all the greats, including Otis Redding, Aaron Neville, Elton John, Bonnie Raitt and Santana. Featuring multiple singers with masterful vocals, Tower of Power plays like their heyday is right now, not yesterday or decades’ past. After 50 years together and still going strong, Tower of Power is beloved for their classic jams and big hits like “You’re Still a Young Man” and “So Very Hard to Go.” Luckily for fans, Tower of Power isn’t going anywhere yet.

The Psychedelic Furs
Sunday, August 5, 2018 at 8 p.m.| $58
If you were to dissect today’s alternative rock music, you’ll find that much of it pays homage to The Psychedelic Furs. Led by vocalist and songwriter Richard Butler, and his bass-wielding brother Tim, the Furs scored major hits with “Love My Way,” “Pretty In Pink,” “Heaven,” “The Ghost In You,” and “Heartbreak Beat” in all releasing seven studio albums, spawning several compilations. Born out of the post-punk UK rock scene, the Furs quickly developed as one of the premiere bands on US College and Modern Rock radio scoring a multitude of #1 singles. With the advent of MTV in the early 80’s the band took off into the stratosphere, and when John Hughes’ approached the band with his film built around the Furs’ song “Pretty In Pink,” the band’s legacy was cemented. The Psychedelic Furs reunited in the early 2000s to tour the world, reminding fans why they were one of your favorite bands years ago and are still an incredible live band today.

Plain White T’s are an American rock band from Lombard, Illinois, formed in 1997 by high school friends Tom Higgenson, Dave Tirio and Ken Fletcher. They were joined a short time later by Steve Mast. The group had a mostly underground following in Chicago in its early years but is now best known for the number-one hit song “Hey There Delilah,” which achieved platinum status in 2007 and earned two Grammy nominations, as well as “1234” and “Rhythm of Love,” which were certified platinum in 2009 and 2011.

Josh Turner
Friday, August 17, 2018 at 8 p.m.| $68 / $98
Multi-platinum country singer Josh Turner has sold 8 million albums and churned out numerous hits, including “Your Man,” “Why Don’t We Just Dance,” “Firecracker,” “Would You Go With Me,” “All Over Me” and “Time is Love,” the most-played song of 2012. Last year, Turner released his sixth studio album, “Deep South,” which included the No. 1 hit single “Hometown Girl.” As one of today’s biggest country stars, fans can’t get enough of this good-ol-boy from South Carolina with a voice as deep as his Southern roots. With a rich, deep voice and distinctive style, Turner is a disciple of traditional country music and one of the youngest members of the esteemed Grand Ole Opry.

The Milk Carton Kids have emerged as a “powerful voice” defining the continuing folk tradition. A refreshing alternative to the foot-stomping grandeur of the so-called folk revival, an understated virtuosity defines the duo’s music. Garrison Keillor has called them “absolute geniuses in close-harmony”, inviting them onto A Prairie Home Companion three times in 2013. The Milk Carton Kids’ 2013 album, The Ash and Clay, received a Grammy Award nomination for Best Folk Album of 2013, in addition to receiving a nomination for Emerging Artist of the Year at the 2013 Americana Music Honors & Awards.  In 2014 they won the Americana Music Association Duo/Group of the Year.

Don McLean is the musical genius behind the 1971 song “American Pie,” a sprawling, impressionistic ballad inspired partly by the deaths of Buddy Holly, Ritchie Valens and J.P. Richardson in a plane crash in 1959, and developments in American youth culture in the subsequent decade. The song popularized the expression “The Day the Music Died.” McLean’s other well-known songs include: “And I Love You So”, sung by Elvis Presley and Glen Campbell, among others; “Vincent”, a tribute to the 19th-century Dutch painter Vincent van Gogh; and “Castles in the Air.”  In 2004, he was inducted into the Songwriters Hall of Fame.