Peace on Earth: read to the end before commenting 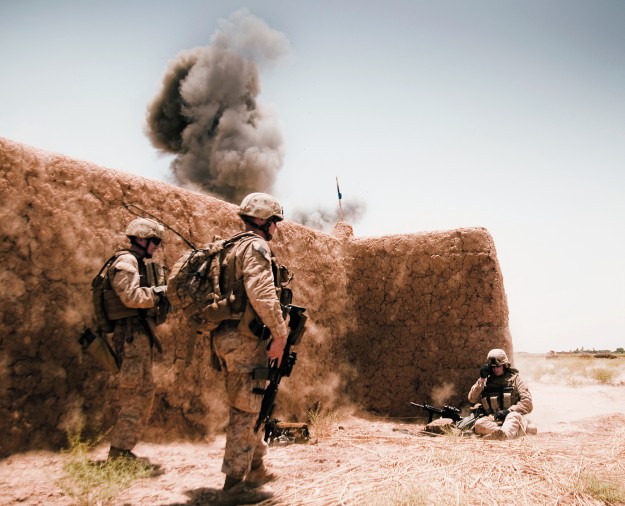 The phrase “peace on Earth” has been tossed around a lot lately. Calls for peace range from the Pope, who recently held a mass for peace, to mass-printed Hallmark cards now offered in the discount aisle at Target.

I recently wrote an op-ed on peace, one that ran in the Denver Post and another version that appeared in the Vail Daily. Within, I argue that peace on Earth is, in fact, possible. I came to this conclusion after working with the Broomfield, Colorado based One Earth Future Foundation, who held a Forum on the topic in October.

Judging by the comments, most people misunderstood what I was trying to say in those columns. So allow me to clarify:

Peace on Earth, as I define it (to be clear, this is my personal opinion and not necessarily the opinion of One Earth Future Foundation), is a state where there are no armed conflicts between nations, and no ongoing civil wars.

So, let’s be clear here: I’m not talking about the end of all violence, hate, and conflict. I don’t believe human beings are capable of that level of peace.

I’m also not talking a whole lot of gobbledygook about everyone getting along. I’m not among those who believe that peace will come one magical day when all Grinch-y people around the world, one-by-one, grow their hearts three sizes in one day. As a part-time hunting and outdoor writer, I’m also not on board with going vegan and embracing compassion, as one commenter woefully pleaded to my audience.

Then there was this one from Ganymede48:

“Tom Boyd asks if peace on Earth is even possible. Short answer: no. Hate and conflict have been part of the human condition since humans entered this world. “‘Twas ever thus and ’twill always be.”

Ganymede48, and the others, clearly didn’t read my column.

I agree wholeheartedly that hate and conflict will, in fact, be part of the human condition forever. There’s no question about that. How we handle that conflict is another story entirely. Organizations around the world have been examining this issue for many decades, if not centuries. They’ve studied the issue and applied various solutions in the field. Among them is a professor of mine while I was at Emory University, aka President Jimmy Carter, who has shown time and again that situations where war seems inevitable can often be avoided with conflict resolution tactics. Forum attendee William Ury, author of Getting to Yes, is another.

In fact, the world is getting more peaceful. For a primer on this issue, I refer to the work of men and women far more informed on this topic: among them Steven Pinker and One Earth Future’s Andrew Mack, who write eloquently about the issue in Slate Magazine.

A graph of battle deaths in armed conflict, pulled from a very worthwhile Slate article from Steven Pinker and One Earth Future Foundation Fellow Andrew Mack.

Look, many of these arguments against peace are ones I once held myself. Most of my former ideas came from an improper conflating of the word “peace” with the idea of no conflict whatsoever among human beings – an obvious impossibility. The rest of it is largely wrong in that it doesn’t recognize that humanity has, in fact, come a long way toward creating a more peaceful planet.

I encourage people to grab a cup of coffee (or beverage of your choice) and take a few moments to set aside the old tropes and straw man arguments, and consider the common-sense ideas presented by people in the “new” peace movement. You’ll come away with a clearer, more accurate picture of where humanity is headed as a species, and it might make you feel just a little bit better about the world in which we live.

And that, I believe, will brighten your outlook in a practical and valuable way, certainly more so than any mumbo-jumbo out there about everybody loving one another and just getting along.