Conservation Colorado’s executive director of eight years, Pete Maysmith, will be leaving his position at the end of September to join the national League of Conservation Voters as Senior Vice President for Campaigns. 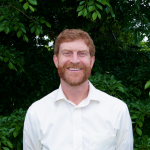 “We are so proud of Pete and the wisdom, tenacity, and endless energy he has brought to Conservation Colorado,” said Diane Carman, chair of the board. “The fact that our national partner has recruited him speaks volumes about the power and success of this organization. Conservation Colorado is strong, healthy, and will work harder than ever to pass visionary environmental policies and elect pro-conservation candidates in 2018. We wish Pete the best and look forward to working with him in his new role.”

“In the new reality that is the Trump administration, now more than ever we need to build our organizing and political power to ensure that our elected officials represent our values,” said Maysmith. “I’m thrilled to take on the challenge of building the conservation movement nationally and in other states, and together we will fight the forces that seek to pollute our air and water and undermine our right to a healthy environment. I am certain that the organization is in good hands, and I will be cheering them over the coming months and years.”

Maysmith and Curtiss guided the organization through the 2013 merger of Colorado Conservation Voters and the Colorado Environmental Coalition that led to the creation of Conservation Colorado. Since the merger, the organization has significantly increased its budget and staff capacity, with a deep focus on electoral capacity and Latino organizing and outreach.

During their tenure, and in partnership with key allies across Colorado, Maysmith and Curtiss oversaw myriad programmatic successes, including:

Conservation Colorado is the largest state-based environmental organization in the country with nearly 40 staff in Denver and three field offices as well as 36,000 members across the state. The organization spent $1.3 million in the 2016 elections and had a 90 percent win rate of its endorsed candidates.