Editor’s note: A version of this story first appeared in the Vail Daily on Aug. 29:

New Eagle County Schools Superintendent Dr. Carlos Ramirez was shopping at Costco in Gypsum the other night when he ran into a group of teachers getting ready for the school year that kicks off next week. 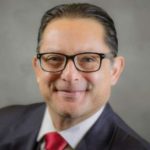 “They were shopping for their classroom supplies. A teacher had a big bundle of tissue for her class,” Ramirez said. “It’s just astounding to me that Colorado educators have been able to do the work that’s needed with the [current] amount of funding. They’re at a point where they’ve squeezed every ounce of energy they have to provide the resources and services our kids need.”

Ramirez, who’s new to the job as of last spring, was speaking in the context of a proposed constitutional amendment (73 on Colorado’s 2018 statewide ballot) that would increase corporate and personal income taxes on the state’s highest earners and raise $1.6 billion in education funding. Teacher, he said, should not have to buy supplies for their students.

“I think it’s a great piece of legislation; I really hope it passes because it’s needed,” Ramirez said. “As stewards of the public dollars, I can assure you that we’ll be transparent with how that money is allocated and of course we’ll have input from all the stakeholders, especially our teachers.”

The Eagle County School District stands to receive about $11.6 million in ongoing new revenue from the increase on federal taxable income for those making more than $150,000 a year – or about 8 percent of Coloradans. Amendment 73, also known as “Great Schools, Thriving Communities”, would also increase the tax on C corporations (not S corporations or LLC’s) by 1.37 percent – taking Colorado from the third lowest rate in the nation to the ninth lowest.

While the Eagle County Schools Board of Education has yet to take an official position on the initiative, which was the first to be certified by the secretary of state under Colorado’s new Raise the Bar Law that requires signatures from all 35 state senate districts, board vice president Tessa Kirchner said she personally supports the measure.

“I’ve always been intrigued by the unique situation Colorado finds itself in – the conundrum of the Gallagher Amendment, Tabor and Amendment 23 that continues to just put pressure on our education funding,” Kirchner said. “[Amendment 73] attempts to untie that Gregorian knot of Gallagher and Tabor.”

Because of those funding restraints, Colorado lags well behind the nation in per-public public-school funding. It ranks 39th at a rate of $9,575 per student – more than $2,000 less than the national average of $11,762. Eagle County’s per-pupil rate is significantly lower than the statewide average at $8,496 per student. That’s down $815 per student since the great recession in 2008, when adjusted for inflation, and has forced numerous cuts over the last 10 years.

Passage of Amendment 73 would provide an additional $1,716 in per-pupil funding for Eagle County students, which would still be below the statewide average.

“As a school board member, I’ve been part of making those wicked choices,” Kirchner said. “They’re not just difficult choices; they’re wicked, and we’ve been doing that now for a very long time. I’ve seen the impact that has on a system and the impact it’s had on my own kids’ education and the experiences they’ve had.

“It’s a passion of mine that we continue to attempt to bring statewide funding to something that more closely resembles the national average,” Kirchner said, noting that Amendment 73 actually freezes the residential property tax assessment rate for schools and reduces the commercial property tax rate.

A group call itself Colorado Rising Action is opposing the income and corporate tax increase for schools without commenting on the property tax freeze.

“We can, and we must, do a better job of prioritizing our state budget to ensure that education funding goes directly into the classrooms, not administrative bureaucracy,” Colorado Rising Action Executive Director Michael Fields said in a press release. “Amendment 73 changes Colorado’s constitution to raise our taxes by more than a billion dollars every year without addressing the real issues in education funding,”

One of the benefits of the tax might be fully funded, all-day kindergarten.

“There is no language that says how it has to be spent specifically … but I would say that we would look at a way to possibly address that and fund full-day kindergarten so people don’t have to pay tuition,” said Sandra Mutchler, chief operating officer for Eagle County Schools.

Besides Ramirez’s promise of transparency, Kirchner added that local school boards and school districts will get the final say on how the additional funds are spent based on their particular needs. That makes this very different from the failed and very formulaic Amendment 66 measure in 2013, which was spearheaded by then state Sen. Mike Johnston of Vail.

“Again, the thing that makes this initiative more interesting and more palatable is that those dollars get to be decided on a local level,” Kirchner said, adding any district that then overspends on administration will likely pay a price. “It’s possible, but then you will know directly what your school board has decided and you can vote them in or out.”