Well, this is embarrassing.

At the same time the U.S. Senate is busily debating a way to protect the Dreamers, an effort that will almost certainly fail, America has officially fallen in love with the daughter of Korean immigrants who had emigrated to America with next to nothing in search of a better life. 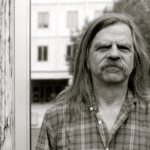 The story of 17-year-old half-pipe wonder Chloe Kim is the perfect Olympic, made-for-TV, up-close-and-very-personal story. And the story of Jong Jin Kim, Chloe’s father, who came to the United States from South Korea in 1982 with $800 and a Korean-American dictionary in his pocket, is the perfect complement.

Forgive me if you’ve overloaded on this, but there’s a point to make here, I promise. When Kim arrived in Los Angeles, he bought a clunker of a Chevy Nova, put down a deposit for a one-week stay at a motel and went looking for a job. He got one washing dishes in a fast-food restaurant. Later, he moved up to cashier at a liquor store. And when he had finally saved enough money, he worked his way through college on the way to becoming an engineer.

Years later, when Chloe was 4 years old, he bought her a $40 snowboard which, as we would learn, was basically a ruse to get Chloe’s mom to go snowboarding. It worked. The entire family went, and as Chloe climbed onto her snowboard, it was quickly evident that she was a natural. Soon the family would be taking six-hour treks up to Mammoth Mountain as Chloe turned from natural into prodigy into a gold-medal winner.

By the time she was 10, she was so accomplished that her dad would quit his job to dedicate himself to helping Chloe pursue a dream. We know which dream. The same kind of dream all those Dreamers are dreaming.

As Chloe roared down the hill in her final, near-perfect run, her dad was a holding up a homemade “Go Chloe” sign with a heart drawn in the upper right corner and pointing to himself, saying “American dream.”

Asked what he meant, “When I came to the United Sates, this was my American hope. Now this is my American dream.”

And this is where the embarrassing part comes in. Kim was born here, and her parents came here legally. But if Donald Trump has his way, the next Jong Jin Kim will be stuck in Korea, hoping that Little Rocket Man is no longer in power in the North. Trump doesn’t want Kim’s style of immigrant. As he said Tuesday in a Team Trump email: “The American People are SICK of the government forcing us to pay TAXPAYER DOLLARS to fund unqualified migrants. Merit-based immigration is the ONLY acceptable alternative for the United States.”

I’m sick of the caps-filled tweets and emails, but that’s just me. As Trump went on to say, “the ‘diversity visa” IGNORES whether individuals are actually likely to contribute to American society and respect our laws and customs. DEMAND THIS BIASED, DANGEROUS POLICY END NOW.”

Meanwhile, on the Senate floor, Dick Durbin — the No. 2 Democrat in the Senate, a champion of the Dreamers, a card-carrying member of the Gang of Six, an opponent of ending the diversity visa program and also of ending what Republicans like to call chain immigration — has, let’s say, another view.

“They don’t bring wealth. Many of them don’t even bring proficiency in English. They certainly, in many cases, don’t bring advanced degrees. They only come with a determination to make a better life for themselves and a better country for all of us.”

Although he didn’t mention Trump in this rant, Durbin wasn’t exactly going for subtlety. He stood in front a poster of Kim wrapped in an American flag. I’m surprised no one was playing the National Anthem.

There are other stories, of course. This is, after all, the Olympics. If you didn’t have stories, what you’d be left with is a bunch of semi-obscure sports — only some of which use brooms — wrapped in the best of American commercialism.

I read about one, the story of Maame Biney, who is the first black woman on the U.S. speed skating team. She came from Ghana at age 5 to live with her father. For the geography challenged, Ghana is in Africa. In other words, as our president advised us, she came here from a shithole country.

Personally, I’m not in love with child-prodigy stories. We see the successful ones. We don’t see the rest of them in which children give up their childhood in search of a dream — often a parent’s dream — that never comes true. But this is the Olympics and we give ourselves over to a fantasy of Opening-Ceremonies world harmony and competition among nations that is, in most cases, friendly, and where the greatest evidence of evil is found in the ice-skating judging.

Chloe Kim is easy to fall for. As she says, she has a Korean face and is, at the same time, an all-American teen, champion tweeter, ice cream indulger, who tells us how grateful she is for her opportunities and how she can’t even imagine the sacrifice that her father made for her.

If you’re a parent, you can’t help but tear up.

Or maybe you can. As I write this, our Tweeter-in-Chief has not sent out a single congratulatory tweet to the American Olympic team. Meaning, while he’s busy defending Rob Porter or discussing his box-lunch plan to replace food stamps or taking another rip at fake news media, he hasn’t had a word for Chloe Kim. Or her father. Or of an American dream in which some people are making America great right now.