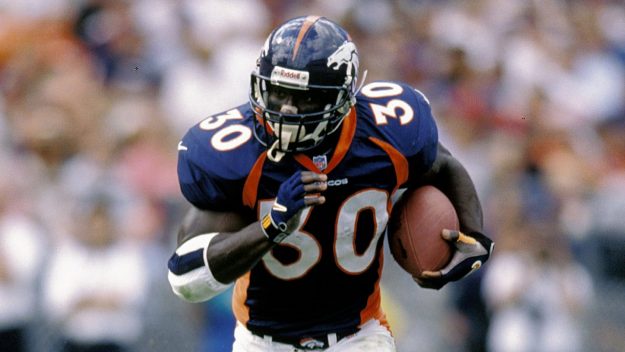 In the wake of the New England Patriots winning (or, more to the point, the Atlanta Falcons losing) Super Bowl LI on Sunday, Denver Broncos Executive Vice President and GM John Elway now looks a little more like a front-office genius for passing on Kyle Shanahan as his next head coach in favor of former Miami defensive coordinator and CU Buff Vance Joseph.

Atlanta Falcons’ offensive coordinator Shanahan — son of two-time Denver Super Bowl head coach Mike — clearly was thinking of his own legacy when he gifted the Patriots the team’s fifth Super Bowl title by repeatedly trying to throw in short yardage situations instead of protecting a huge lead by running the ball, eating the clock and kicking a game-clinching field goal.

One attempted pass resulted in a strip-sack fumble and an easy New England TD (shades of Vonn Miller on Cam Newton last year), and the other resulted in a sack and then a holding call that knocked Atlanta out of relatively easy field goal range and forced the Falcons to punt the ball back to a red-hot Tom Brady with more than four minutes left in the game.

Denver demonstrated to the world last season that a painfully conservative offensive approach can milk a lead and win the big game, and it came on the heels of being humiliated against Seattle in Super Bowl 48 with the top-ranked offense in the league.

Elway pulled an amazing switch, retooling and going defense first to win Super Bowl 50 last year. Next to landing Peyton Manning in free agency, that huge philosophical switch should go down as Elway’s greatest move as an executive. A close third was not going too hard after Brock Osweiler as his QB of the future, even though Elway did offer him around $16 million a year.

Last season, however, the limitations of a watching-paint-dry offensive approach became apparent as the Broncos did too little to possess the football and score, overburdening its still-great defense and missing the playoffs for the first time under Elway.

That futility had to contribute to former head coach Gary Kubiak retiring for health reasons and Elway hiring of Joseph, but it’s now clear the GM made the right call not chasing the offensive genius Shanahan, who also would have labored perhaps futilely in his father’s daunting shadow in Denver.

Mike Shanahan won two titles in the late 90s with a solid D and the great Elway at QB, and Kyle Shanahan could never have lived up to that legacy, although he’s clearly hell-bent on trying given his play selection on Sunday.

But what his dad could have and should have told him is that no matter how good your QB is and how prolific your offense, sometimes you just need to ride your running game the way the Broncos rode Terrell Davis to two titles during Elway’s twilight years.

No matter how bitter a pill it was to swallow for Broncos’ fans on Sunday, seeing Bill Belichick and Brady claim a fifth ring, at least we had the Hall of Fame induction of Davis to fall back on. Peter King of Sports Illustrated said it best: “[Davis] is the best playoff running back ever. In his last seven postseason games, over the 1997 and 1998 seasons, he averaged 27 rushes and 149.9 yards per game—and Denver won all seven games, including seven-point and 15-point Super Bowl victories.”

Hard to write the history of the NFL without that chapter about Denver’s dominance in the late 1990s under Shanahan and Elway. Too bad they weren’t reunited sooner. It could have been a dynastic Belichick-Brady marriage made in heaven for the orange and blue.

Instead, Elway labored for years under unimaginative head coach Dan Reeves and with a less-than-stellar cast of teammates. He was crushed in three Super Bowls in the 80s before finally winning those two titles back to back — the last one fittingly over Reeves and the Falcons in Atlanta’s first Super Bowl appearance. Elway was MVP of that game but Davis just as easily could have been.

Those back-to-back wins that allowed Elway to ride into the sunset a two-time champion wouldn’t have happened without Davis, and even though his career was cut short by a knee injury, it’s awesome that HOF voters like King recognized TD’s brief window of greatness.

New England was definitely lucky to win its last two Super Bowl titles — both because coaches elected not to run the football — but great teams take advantage of luck and put their players in the best possible position to create their own good fortune and find ways to win.

The greatness of Belichick is that he probably would have won a couple of those Super Bowls had he been head coach of the Broncos in the 80s. He consistently finds ways to get the most out of mediocre talent, and he’s blessed with a truly great QB who, like Elway and Manning, is able to elevate the play of everyone on the field.

Luck is a factor in every championship. Without Belichick inexplicably losing a late-season game to Miami last year and ceding home-field advantage to the Broncos, Denver probably doesn’t claim its third title in franchise history. That was lucky, but Elway and Denver took advantage, and they had a QB who, despite his age and diminished skill set, was an on-field leader and defacto coach.

Denver was lucky to have Manning, but Elway was a good enough executive to roll the dice on him and ride him to one last Super Bowl. Now Elway has assembled an intriguing coaching staff in hopes of making a championship QB out of either a seventh-round prospect or a raw first-round talent.

Or maybe he gambles again in free agency. Regardless, Elway will continue to be one of the only legitimate thorns in the side of the Belichick-Brady dynasty in its waning years — heading up one of the only teams in the league that can claim true AFC rivalry status.

And despite his gunslinger rep as a player, Elway knows enough to run the ball and kill the clock if his team has a lead on the Pats in AFC Championship Game. Sometimes you just don’t want to press your luck … especially when Brady is the QB in the other huddle.