ThriveMD is excited to announce that the Institutional Review Board (IRB) of the International Cellular Medicine Society has now approved BioHeart Inc., in conjunction with ThriveMD, to investigate stem cells as a multiple sclerosis stem cell treatment option. Dr. Scott Brandt, Medical Director of ThriveMD, is the lead investigator for the patient funded clinical trial. 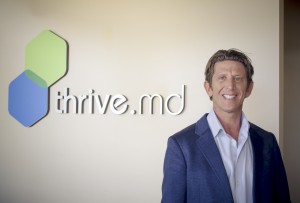 ThriveMD has extensive experience in performing stem cell therapy for a variety of joint and spine pain conditions. Autologous (your own) adipose (fat) and bone marrow stem cells have the potential to regenerate damaged tissue and reduce pain. In addition to the treatment of numerous orthopedic conditions, ThriveMD also offers treatment of systemic and autoimmune diseases including MS and COPD.

The administration of stem cell injections have the potential of halting progression of Multiple Sclerosis, regenerating the damaged neuron sheath, and restoring the function of the nervous system. “Multiple Sclerosis (MS) is an autoimmune disease that effects the body’s central nervous system including the brain. MS is caused by damage to the myelin sheath or the protective covering that surrounds nerve cells which causes nerve impulses to slow down or stop completely.  This nerve damage is caused by inflammation which occurs when the body’s own immune cells attack the nervous system.  Patients typically experience onset of the disease between ages 20 and 40 and the progression of the disease varies. [1]

Recent studies have focused on adult stem cells for use to help prevent the progression of MS.  Stem cells have the potential to restore self-tolerance, to provide in situ immunomodulation and neuroprotection as well as to promote regeneration. [2] Mesenchymal stem cells (MSCs) are multipotent and have the ability to differentiate into neural cells.  In addition, MSCs are immunosuppressive and therefore may help to alleviate the effects of MS on the nervous system.  In addition to these aspects of MSC therapy, it is believed that the cells may exhibit other properties such as anti-apoptotic, trophic and anti-oxidant properties which may demonstrate a functional role in diseases such as MS. [3]

Recent studies have identified adipose tissue as a new source of mesenchymal stem cells; some of which may be suitable for the restoration of neurological function. [4] As liposuction provides relatively simple access to this stem cell pool, and with the large numbers of cells present in adipose tissue, its future potential as a stem cell reservoir for MS cell therapy is promising.”

With offices in Vail and Aspen, Dr. Scott Brandt of ThriveMD offers regenerative and restorative medicine, specializing in minimally-invasive stem cell therapies to repair joint, tendon, ligament and spine pain. One of the few physicians in the nation trained in same-day, in-office stem cell therapy, Dr. Brandt is available for consultation. For more information call 970-766-8245 or visit www.thrivemdvail.com.